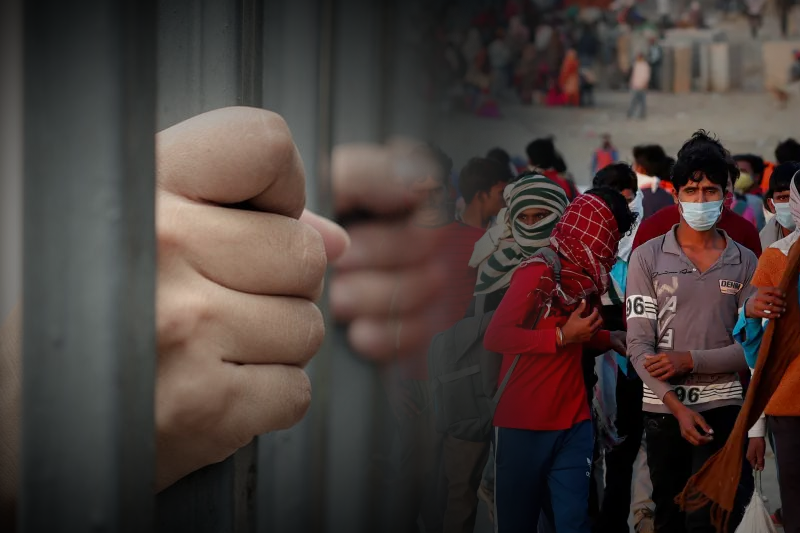 India – 174 migrant workers were arrested linked with the Christmas eve violence at labor camp of Kitex Garments in Kerala. Two groups of many migrant workers clashed over some issue. The matter quickly escalated with a police vehicle being torched and manhandling of an inspector. Today, even after Kerala High Court having relaxed the conditions of granting bail, not all migrant workers of the 174 arrested have been relieved of trauma.

Rajesh Kumar is one such unfortunate worker. He was supposed to get married on February 9 but instead he was in jail that day. Though Kumar was granted bail, he still had to remain behind bars as he couldn’t present two legally eligible sureties from his home state Jharkhand.

Though the Kerala High Court relaxed bail conditions by “doing away with need for local sureties from Ernakulum”, it brought little respite to many migrant workers in this case. Remaining bail conditions are also too complex and unachievable for the migrant workers, majority of who belong to marginalized tribal and Dalit communities.

“The condition that the sureties should produce land tax receipts and original title deeds leaves many of them helpless as their families or relatives hardly own land. Often the land would be in the name of some ancestors who are either dead or too old to make the long trip here,” said George Mathew, chairperson, Progressive Workers’ Organization. This leaves the only option with migrant workers – “hire” a local surety. Furthermore, their lawyers are additionally burdened with vetting for the documents to ensure their authenticity as a surety.

“Even if the accused arrange for sureties back home, there is the condition that they should arrange for the translation of the documents from their respective languages in courts, which is impractical. Also, a migrant booked in both cases will have to find four separate sureties, making it a near-impossible task,” said Shibi Ammupilly, a lawyer offering free legal aid to the migrant workers involved in the case.

Sabu M. Jacob, managing director of Kitex Garments, said the company was working along with its legal team to ensure releasing the workers. “There seems to be a mafia ready to be hired as sureties, but as a law abiding corporate entity, we cannot engage with them,” he said.