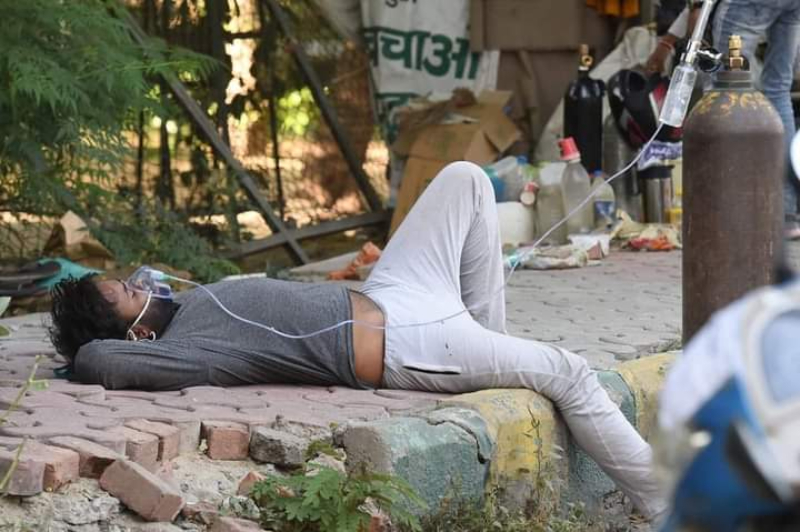 Human Rights Watch has urged the Indian government to urgently cater to the healthcare shortages in the system amid the world’s fastest-surging coronavirus cases.

The international rights agency pressed for vulnerable communities to have equitable access to treatment.

It has also asked donors and diaspora groups that are aiding India to ask the government to ensure the end of curbs on free speech and to respect human rights in its response to the pandemic.

The Modi-led Indian government has been under widespread criticism for its handling of the pandemic as shortages in oxygen supplies and saturated hospitals are costing lives.

The Indian government, on the other hand, has ordered 100 social media accounts to be blocked as they were spreading misinformation.

When investigated, it came up that the government took down the accounts due to the fact that they were targeting the government for its response to the pandemic.

Uttar Pradesh state’s chief minister said there are no oxygen shortages and has warned that charges would be brought under the National Security Act against anyone on social media, including healthcare workers and paramedics, who tried to “spoil the atmosphere by spreading rumors.”

“The Indian government should be solely focusing its efforts on responding to people in desperate need of help,” urged Meenakshi Ganguly, South Asia director at the Human Rights Watch. “What we find, instead, is an irritated reaction to legitimate criticism of its mishandling of the crisis.”

India has broken the global record with its new COVID-19 infections as over 320,000 cases were recorded on April 27, 2021, with nearly 2,800 deaths. There has been a total of more than 17 million cases ever since the pandemic began. As burial grounds and crematoriums are overrun, the tally of deaths is said to be undercounted.

HRW has urged for a rights-respecting response to Covid-19 that should ensure accurate and up-to-date information about the services, disruptions, and other aspects to the masses.