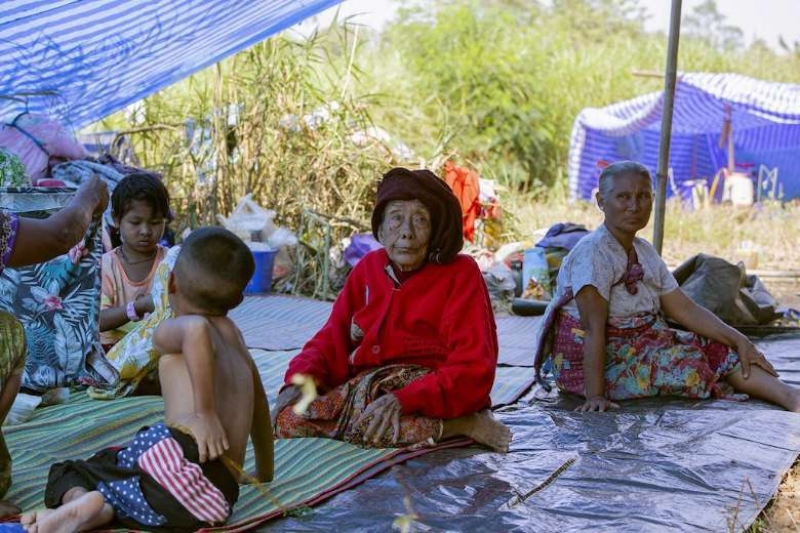 despite fear of arrest, migrants from myanmar choose to flee to thailand

Myanmar – Situation in Myanmar has become so terrible that people are preferring to flee the country with risks of getting arrested rather than staying back and not doing anything.

Mots of migrants are choosing to relocate to Thailand in search for their work safety and also better living conditions. However, despite a good explanation for their deeds, they are at continuous risk of deportation.

In Thailand too, the local authorities have not found enough enthusiasm about their presence and made efforts to report illegal migrants on their land. Just a few days ago, one such incident occurred where a group of 53 migrants was arrested while trying to flee from the country.

The migrant workers were traveling by bus to cross the border but mid way, their bus was stopped and  searched in the central province of Ayutthaya. The police confirmed that an informer had tipped them about the incident.

As per the statement recorded by the police officers, migrants said that they had paid 26,000 baht (US$785) and 28,000 baht ($845) to a broker in Myanmar who had promised them a safe passage to Thailand along with a job. Hundreds of thousands of people are trying to escape the war torn country and among this population, migrant workers are the ones to suffer the most. They are trying to cross borders to get employment and a fixed income and Thailand is the country where they are heading towards.