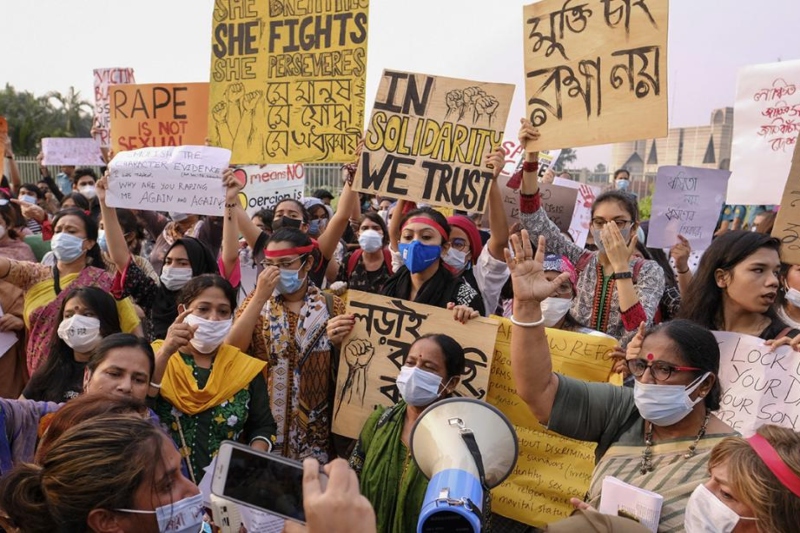 Bangladesh – Labour Right issues have embroiled Bangladesh to an extend that the country does not seem to be eligible anymore for American funds. A recent labour conditions report painted a grim picture of Bangladesh; the same was vehemently rejected by the Bangladesh government.

Under the report that was released as the 2021 Human Rights report, the concerns cited many human rights violations too. Here, in violation of labor rights, concerns mentioned include the ability of workers to associate, the freedom of association and to form unions, to have those unions be able to operate in an unhindered fashion. Bangladesh in April mid had rubbished the claims made in this report.

At the moment, Bangladesh will not receive funds from the US International Development Finance Corporation because of concerns about labour rights violations.

According to USAID’s Deputy Administrator Isobel Coleman, “The DFC does infrastructure work but it is prevented from operating in Bangladesh because of concerns around labour rights and until those are resolved, it will not be possible for the DFC to operate here in Bangladesh.”

“The concerns are around the ability of workers to associate, the freedom of association and to form unions, to have those unions be able to operate in an unhindered fashion,” explained Kathryn Davis Stevens, the country director of the organization.

Issued by the US Department of State, Bangladesh has denied claims of forced disappearances amongst other things. The HR report also claims gross violation of human rights. The Bangladeshi Ministry of Foreign Affairs has said that allegations of extrajudicial killings, electoral process, freedom of expression in the country among many others are baseless claims by America.