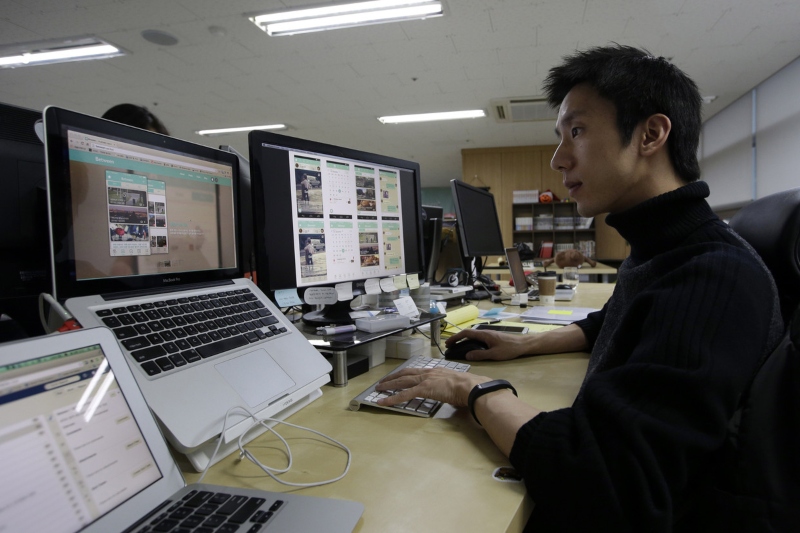 top korean startups to keep an eye on in 2022

South Korea – is well-known for relying largely on its reputation for creativity and technology, which has resulted in the formation of a number of top companies in the country.

Government assistance is prevalent among Korean startups, and it helps many new businesses advance to the next stage of development. South Korea is continuing on its journey to becoming recognized as one of the top startup hubs in the world, with big firms like Samsung significantly invested in the country’s startup environment.

Redbrick is a Koren startup situated in Yeoksamdong, South Korea, which was formed in 2018. The company has created and released a platform that enables for the construction of software while also providing educational support to help close the gap in high-quality AI and other high-tech concepts education.

Since its inception, Redbrick has gone through four rounds of investment, with a total of four investors putting their money behind it. The company was able to raise a total of $4.7 million as a consequence of these fundraising rounds.

Seoul Robotics is a Korean firm that was established in 2017 and is currently situated in Seoul. The company develops superior LIDAR detecting technology to let self-driving cars and robotics recognize obstacles and take action. This is critical for safety and, as a result, for the general scaling of technology.

The company has gone through four rounds of startup investment since its inception. A total of seven investors contributed to these financing rounds. As a result of the activities of these investors, the company has raised $18.1 million for research and development.

Bitsensing is a South Korean firm that was launched in 2018 and is headquartered in Seoul. The company makes money by researching, developing, and manufacturing advanced radar technology to aid in the construction and creation of smart cities, hence improving inhabitants’ quality of life.

Codeit is a South Korean firm that was created in 2017 and is presently headquartered in Seoul. The firm is driving the development of an e-learning platform that is specifically designed to address the skills gap in software education, which is still catching up to the industry’s demand. More than 100,000 students have taken part in the company’s interactive lessons.

In 2020 and 2021, the company went through two rounds of investment, with a pair of investors supporting the company. Codeit was able to raise 14 billion won in investment as a result of this initiative.

Remake Digital is a South Korean startup that was launched in 2018 and is headquartered in Seoul. The company has created an AI advertising platform that assists these advertisers in automating the creation of their banner ads in order to cut costs and design times while increasing the efficiency of the ads.

In 2019, the company went through a single investment round, which resulted in two investors indicating interest. This enthusiasm resulted in a total investment of 500 million won to expand and develop the company.

Athena’s Lab is a South Korean startup that was created in 2017 and is now situated in Seoul. Throughout their K12 experience, the organization provides a platform that allows kids to access relevant information and guidance about their academics. This aids in the improvement of educational levels and performance in this area.

The company has only received one round of startup funding, which was completed in August 2021. The startup drew the attention of six investors, who collectively invested 3.5 billion won in the company as a result of this investment round.

Petnow is a South Korean firm that was formed in 2018 and is headquartered in Seoul. The business has developed an artificial intelligence-powered app to assist with the digital registration of a dog’s noseprint. This can assist owners in locating their pets if they become lost or stolen, as well as prevent microchips from becoming damaged or misplaced.

The company has only raised a single round of investment since its inception, in November 2021, when it raised an undisclosed sum of money from an unknown number of investors.

Naver Z is a South Korean startup that was launched in 2018 and is headquartered in Seongnam. The company has developed a platform that allows users to design their own avatars online using a number of parameters. Face recognition and virtual reality technology are used to do this.

The company has received two rounds of funding since its inception, in 2020 and 2021. These investment rounds were successful in attracting the backing of six investors, who jointly invested 228.5 billion won in the company.

TagHive is a South Korean firm that was launched in 2017 and is now situated in Seongnam. The company offers an AI-powered education technology platform that includes an enhanced quiz platform. This platform enables for the evaluation of a student’s progress while also increasing their interest in their studies.

In December 2021, the company completed its first round of startup investment, which was a success. The company received $2.5 million from a single investor in this round.

Exosystems is a South Korean firm situated in Pangyo, South Korea, that was launched in 2017. The company has developed an IoT platform that allows patients to receive rehabilitation advice based on data collected by the platform concerning their illness and overall rehabilitation. This helps patients receive better care.

The company has gone through three rounds of startup investment since its inception. Following these rounds, the company was able to garner the interest of five investors. Exosystems has received a $4.2 million investment from these investors.