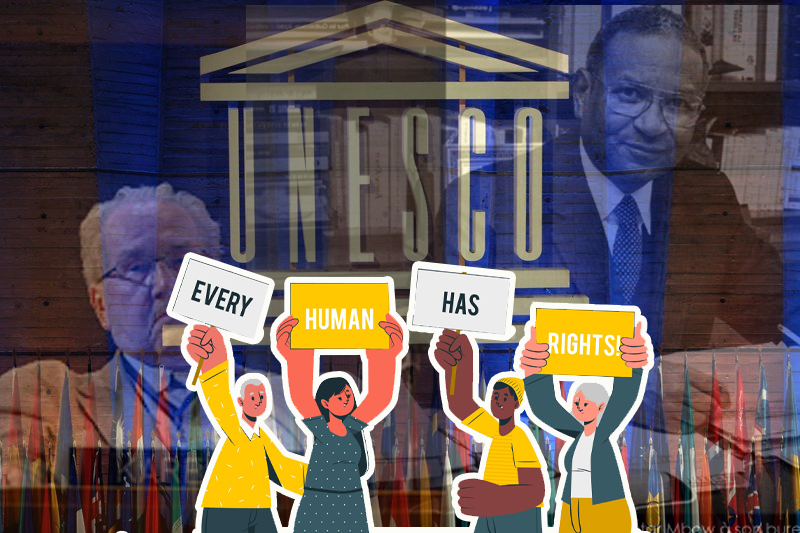 Global – This month marks the 40th anniversary of the so-called “Three Generations Theory of Human Rights,” which proposes that there are three generations of human rights: (1) civil and political; (2) economic, social, and cultural; and (3) communal or solidarity rights.

But is this a reason to celebrate an anniversary?

The concept of three generations of human rights was first presented in an article for the UNESCO Courier in November 1977 by Karel Vasak, a renowned human rights expert and UNESCO’s legal advisor. The idea gained popularity among academics and professionals and entered the common lexicon used to describe the development and components of the human rights framework. Despite its many shortcomings, it is nonetheless cited as a useful analytical framework for the study of human rights in prestigious journals like Human Rights Quarterly.

The term “third generation of human rights” was coined by Senegalese Director-General of UNESCO Amadou-Mathar M’Bow, according to Vasak’s article from 1977. It was intended to reflect a fresh focus on the rights to advancement, peace, or a safe environment. Originally meant to be a policy proposal for current issues, it instead acquired popularity as a classification of purported historical-analytical relevance. The fact that Vasak had to create a first and second generation to match his director’s framing makes this evident. Without taking into account the vastly diverse meanings that these names carry, “categories” became “generations.”

The theory’s hazy temporal span is possibly its most obvious shortcoming. Vasak didn’t offer any justifications or a clear timeline to place the generational concept in its proper context. He first utilised a 30-year period beginning with the Universal Declaration of 1948, then the two Covenants of 1966.

Based on a post-1945 framing, this version of the three generations hypothesis was developed. Vasak revised the thesis two years later, regressing it by 150 years by equating the three generations to the three tenets of the French Revolution: liberté, égalité, and fraternité. This reworking of the notion ought to have raised red flags. (As a side note, academics must cite a 1984 piece because it appears that the 1979 address is not readily available.)

The theory’s promotion of the hierarchy of human experience — which places French and American historical experiences as the distinguishing characteristics of what was always a transnational story—raises another fundamental issue. Furthermore, the theory separates the normative aspects of human rights from broader histories of struggles and contestations and ignores sociopolitical events elsewhere by giving them exclusive primacy. Other histories are framed and experienced in light of the French Revolution.

This is troubling in and of itself, but it becomes much more troubling when you consider that socio-economic rights were themselves contested during the French Revolution, as historians of the French Revolution Charles Walton and Dan Edelstein emphasise in their research. These rights were not explicitly stated in several Declarations, but it does not mean they didn’t exist or were unimportant. If human rights research simply recorded the aspects of its own history that were normatively affirmed, it would be authoring a type of victor’s history.

We shouldn’t delude ourselves into believing that constitutionalism adequately captures the “condition humaine.” Unfortunately, that is where the Three Generation Theory of Human Rights tends to go.

Two political dynamics seem to have been supported by the hypothesis. It endorsed the third generation of “collective” rights agenda that was being pushed by a number of UN member nations while obfuscating current legal requirements pertaining to human rights.

Parallel to this, the Three Generations Theory provided an ideological foundation for the idea that there was a genuine historical gap between social and economic rights and civil and political rights. In the 1980s, as the neoliberal period with its Cold War roots began to emerge, a theory that dissected these rights was politically helpful. The persistence of the generation language may be explained in light of this.

To the cost of both people and states, certain rights were given preference over others as a result, and social and economic rights were neglected. The theory also ignores the fact that historically, the distinctions between the categories have been much more porous than is generally acknowledged.

The “problem with the generations method is that it permanently categorises rights, not just by setting the categories in history but also by identifying within each generation contradictory philosophical sources of inspiration,” according to political scientist Daniel J. Whelan.

However, the theory is not merely outdated and useless. A hierarchy of rights has been produced as a result of this deception, which has also eroded historical complexity, excluded other geographies from the growth of human rights, and encouraged oversimplification and analytical complacency.

As a result, the theory has seriously harmed the way that researchers and practitioners alike perceive human rights. Its widespread use can suggest that the practice of human rights is too susceptible to passing trends and superficial ways of thinking.