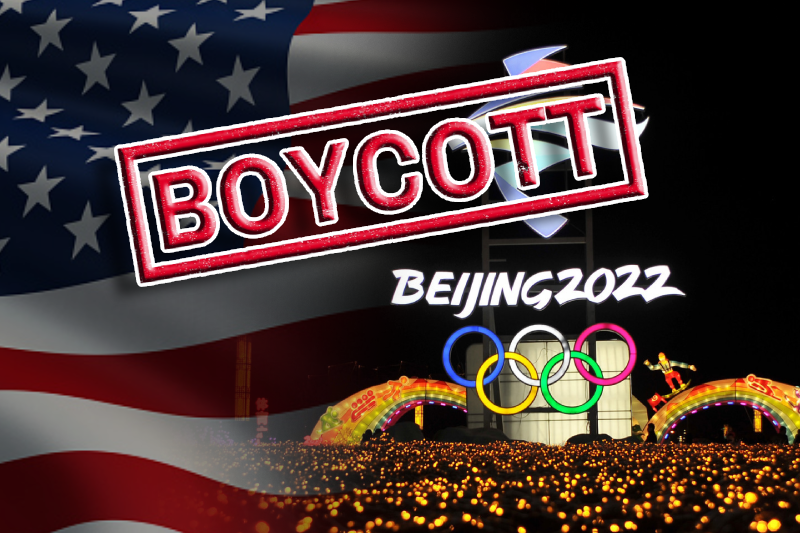 boycott of the 2022 winter olympic in beijing

China – Among the few nations that have called for boycott of the 2022 Winter Olympic in Beijing, China, the United States has become a major force on Monday as it announced that it will not be sending any official delegation to the event.

The White house released an official statement regarding the growing concerns of human rights violations in China as it took a strong stance by deciding to boycott the Winter Olympics next year.

As per the recent statement, it is a diplomatic boycott which essentially means that the athletes from the United states can and will compete in the games but they will no longer be representing the country on official grounds. This is in protest to the Xinjiang violations against the Ughur muslims in the province.

Soon after the White House made the official statement, the Chinese government also stated that they deeply condemn the decision taken by the Joe Biden administration and stressed that an event like the Olympics should not be a display of political outburst.

Despite China repeatedly stressing that it is not violating human rights of the civilians or a particular ethnic community, reports in the media have gone on to prove otherwise. There have been reports of mass detention camps by the Chinese government against the ethnic tribe where they have carried out sterilization practices, further raising the human rights concerns in the matter.

Under the American law, such measures come under genocide as staed by the goevrnmnet earlier. The US had called out China for such extreme measures saying that it was completely against humanity for China to practice such outrageous practices.

Considering the seriousness of the matter, the US decided not to send its officials for the event. “The athletes on Team USA have our full support. We will be behind them 100 percent, as we cheer them on from home,” said White House press secretary Jen Psaki.

However, she asserted that athletes will take part as decided earlier because it was not fair for the athletes to not showcase their talent for political stance.