The U.S. renew support for UNICEF’s mission to protect children in Libya 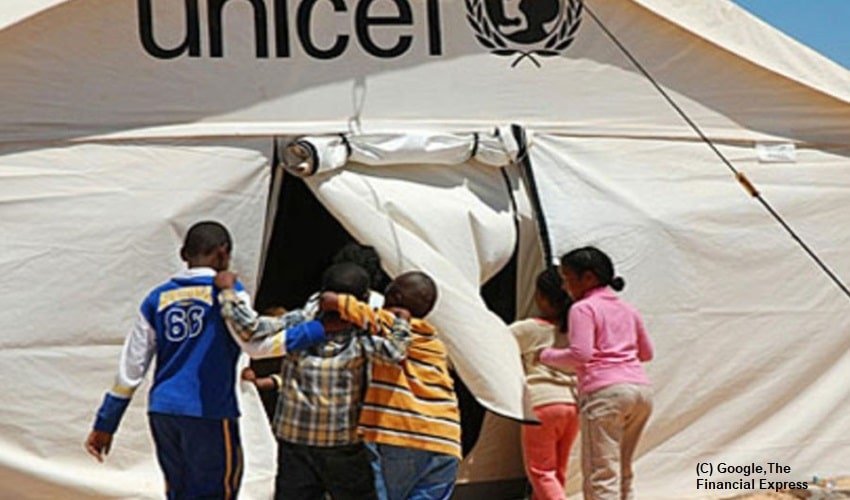 The meeting covered a wide range of issues facing children’s health and safety in Libya including vaccine shortages, safety of children migrants, monitoring and reporting on child soldiers, and Covid-19 response efforts.

The Embassy of the United States of America in Libya renewed the U.S. support for UNICEF’s mission to protect children in Libya. According to the note, published by the Embassy official website, Ambassador Richard Norland and UNICEF’s new Special Representative for Libya Abdulkadir Musse had an introductory call on Monday to discuss UNICEF’s important work in Libya.

The meeting covered a wide range of issues facing children’s health and safety in Libya including vaccine shortages, safety of children migrants, monitoring and reporting on child soldiers, and Covid-19 response efforts.

Ambassador Norland re-affirmed U.S. support for UNICEF’s efforts in the context of progress in Libya’s political dialogue and the reduction of violence following Libyan-led talks including the October 23 cease-fire declaration. The situation in Libya remained volatile throughout the 2020 with a conflict of variable intensity that continued to put the lives of civilians at risk and to generate new internal displacement.

According to the UN body, in the Western Libya, deterioration of services and rapidly declining economy resulting in increased suffering of millions of children and their families in Libya that cannot be underscored. Since the start of the year, at least 18 schools have been damaged as a result of the armed conflict, affecting around 15,890 children. Continuous attacks on the water system have jeopardized health and hygiene among the civilian population, particularly those most vulnerable.

At least 127 wells have been rendered out of services as a result of these attacks, with roughly a loss of 650,000 m3 water/day. Regular long hours’ power cuts have further affected the people of Libya in areas of active conflict and surrounding areas. In April and May 2020, the aggressive offensive by the Government of National Accord (GNA) militias to control Tripoli and western areas saw the Libyan National Army (LNA) withdrawing from the frontlines and as a result, approximately 28,000 people (5,550 families) including 11,000 children were displaced from Tarhouna, one of the strongholds of the LNA, with majority of them displaced to Benghazi, Ejdabia, and Bani Walid.

The UN also reported of continuous violations of international humanitarian law after the withdrawal of the LNA from Tarhouna, where over 100 bodies including women and children were found in a hospital in Tarhouna. In addition, a large number of unidentified bodies were discovered in 11 mass graves in Tarhouna.

The GNA, UNSMIL and UN Secretary-General condemned the discovery of these mass graves and urged for a prompt and transparent investigations by commissioning a ‘fact-finding mission’ by the UN Human Rights Council. The withdrawal of the armed groups from the Western Libya brought about a grotesque turn. Land mines, Improvised Explosive Devices (IED), and explosive remnants of war (ERW) have been found in and around civilian houses in Tripoli and western areas, putting populations on the move, especially IDPs and returnees, at significant risk.

During May 22 to June 22, 2020, the Libyan Centre for Mine Action and War Remnants recorded a total of 127 victims from mine explosions in Tripoli and around Sirte, including 55 members of mine-clearing teams who were killed and injured during demining. On 28 May, UNICEF, together with the UNMAS and the LibMAC, condemned the use of IED/booby traps against civilians and their impact on children.