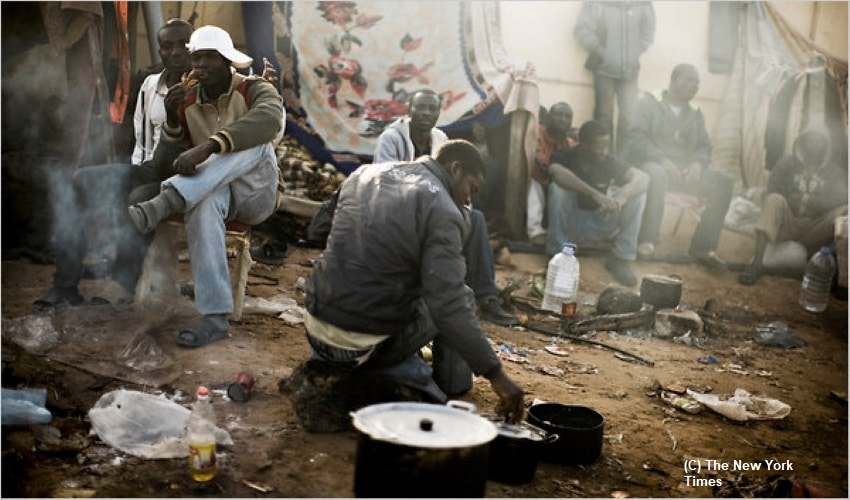 Human rights of foreign workers are facing an existential crisis in Libya.

Human rights of foreign workers are facing an existential crisis in Libya. In a new incident in series of attacks against workers in Libya, the north African country, three men stormed into a Tripoli factory and set a Nigerian worker on fire after dousing him in petrol, reported the Libyan Interior Ministry.

The Ministry said in its statement that all the accused, who are Libyan nationals, have been detained in the attack on unnamed Nigerian worker. Citing the witnesses’ testimony, the accused had stormed in the factory and set the man ablaze.

United Nations has condemned the man’s death as “another senseless crime against migrants in the country.”

In a tweet the UN’s International Organization of Migration mission in Libya’s head Federico Soda said, “We are horrified by the killing of a Nigerian migrant worker in Tripoli, #Libya by three men yesterday. The young man was burned alive, in yet again another senseless crime against migrants in the country. Those responsible must be held to account.”

We are horrified by the killing of a Nigerian migrant worker in Tripoli, #Libya by three men yesterday.

The young man was burned alive, in yet again another senseless crime against migrants in the country.

The incident isn’t the only case of attack against workers in Libya, as the war-torn country provides the most hostile conditions for them. Human rights abuses and violations are also common against the foreign workers here. Refugees who pass through the country to reach Europe for better living conditions also have to bear the attacks and hostile environment in Libya.

Amnesty International, the human rights group, released last month its report describing the “horrific cycles of abuses” that migrants face in Libya – unlawful killings, torture, rape and enforced disappearances. The ongoing coronavirus pandemic seems to have exaggerated the abuses against these workers, according to the international rights group.

Diana Eltahawy, the Amnesty International’s Deputy Regional Director for the Middle East and North Africa said in a report, “Instead of being protected, they are met with a catalogue of appalling human rights abuses and now unfairly for the spread of the Covid-19 pandemic on deeply racist and xenophobic grounds.” She added, “Despite this, even in 2020 the EU and its member states continue to implement policies trapping tens of thousands of men, women and children in a vicious cycle of abuse, showing callous disregard for people’s lives and dignity.”

The Sudanese community is one of the top 5 nationalities of migrants in Libya, with more than 76,000 people.

The majority of them (93%) entered Libya directly through the desert, according to @DTM_IOM.

Khadija is one of them 👇 pic.twitter.com/ZpZYWSpKUa

August witnessed over 45 migrants were killed in a shipwreck off the Libyan coast. According to UN Refugee Agency, over 7000 migrants who reached Europe traveling a perilous journey have been returned to Libya in 2020 alone. In 2017, a CNN team had witnessed horrifying slave auctioning of at least a dozen men. This later led to an investigation into the slave market of Libya.