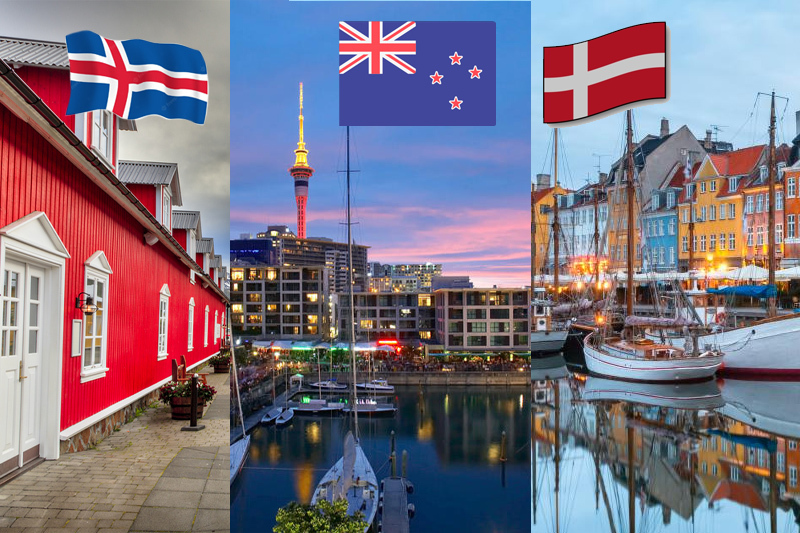 Global – We have never imagined war in Europe in our lifetime. We never expected a pandemic of such epic proportions. We also did not expect that the United States would suddenly become such an unsafe place for women and abortion would be banned. We didn’t expect much, but it all happened. And we still don’t know exactly how they will affect our lifestyle in the long run. This is why many people seek to move to safer and more politically stable places.

In 2022, people are asking: which countries are the safest in the world?

“Calm” is made up of several factors, including the following:

So, without further ado, let’s take a look at the 10 safest countries in the world in 2022.

Iceland is the safest country in the world according to the 2022 Global Peace Index. The index is compiled based on a variety of factors, including homicide rates, violent crime rates, and the availability of small arms.

In addition, the index takes into account factors such as the number of refugees and internally displaced persons, as well as the level of political instability. Iceland also has a very low natural disaster rate, making it a safe place to live. For all these factors, Iceland is considered one of the safest countries in the world.

There are several reasons why New Zealand is such a safe place to live. First, there is a relatively small population and a low crime rate. In addition, the government is stable and there is little political unrest.

Plus, New Zealand is an isolated country located in the Southwest Pacific Ocean, which makes it less exposed to external threats. When it comes to natural disasters, New Zealand is prone to earthquakes and volcanic eruptions, so it’s important to know what to do in case of an emergency.

According to the 2022 Global Peace Index, Ireland is the third safest country in the world. This is an impressive feat given that the index takes into account a wide range of factors, including conflict, crime and terrorism.

So what makes Ireland so safe? First, the country has a low murder rate. In 2018, there were only 33 murders in all of Ireland. This is less than one case per 100,000 people, well below the global average. Ireland also has a low rate of violent crime. In fact, it had the second lowest violent crime rate in the European Union in 2017, according to Eurostat.

In fact, according to the 2022 Global Peace Index, it is the fourth safest country in the world. There are a number of reasons why Denmark is such a safe place to live. First, it is a low crime rate. In 2018, there were only 127 homicides in Denmark, which is an incredibly low number. Secondly, Denmark has a strong economy and welfare system, which helps reduce inequality and social unrest. Finally, Denmark is a small country with a relatively homogeneous population, which makes it easier to maintain law and order.

According to the Global Peace Index 2022, Austria ranks fifth in the world for security and third among the 27 EU countries. So what makes Austria so safe? There are several factors.

First, Austria has a low crime rate. Violent crimes are few and crimes against property are relatively rare. This makes Austria a very safe place to live.

Second, the Austrian economy is strong. In general, there is less crime because people are less likely to engage in criminal activities when they have a stable income.

Finally, Austria has a strong government and political system. This ensures that the country is well run and that there is little corruption.

One factor is the low level of income inequality. In Portugal, the richest 20% of households earn only 7.5 times more than the poorest 20%. This compares favorably with other developed countries such as the US, where the top 20% earn nearly 12 times more than the bottom 20%.

Income inequality has been associated with higher levels of crime and violence, so Portugal’s relatively even distribution of wealth may help explain its low crime rate.

Slovenia is a small landlocked country in Central Europe with a population of just over 2 million people. Despite its size, Slovenia consistently ranks among the safest countries in the world.

In 2022, it was ranked as the 7th safest country in the Global Peace Index. Slovenia’s safety rating depends on several factors. First, the low crime rate.

Another factor affecting Slovenia’s security rating is the low level of political instability. The country has been a member of the European Union since 2004 and has had the same government since 2008.

The Czech Republic is a beautiful country with rich history and culture. It is also an incredibly safe place to live, work and raise a family. In fact, it is one of the safest countries in the world, according to the 2022 Global Peace Index, in which the Czech Republic ranks 8th.

The small Central European nation has a long history of peace and stability, and its low crime rate and lack of terrorism make it a safe place to live. And while it is always important to take precautions when traveling to unfamiliar places, the Czech Republic is generally very welcoming to tourists and has a strong infrastructure to keep visitors safe.

The Czech Republic also has strict gun control laws that help keep its citizens safe. Moreover, the Czech Republic is a member of NATO, which provides additional security, which is important in these turbulent times.

Well, there are several reasons. First, there is a low crime rate. This was made possible thanks to the effective work of law enforcement agencies who are working hard to ensure safety on the streets. Singapore has strict laws and punishments for criminals. The government takes a zero-tolerance approach to crime, and this primarily helps deter would-be criminals from committing crimes. Singapore has a strong police force. The Singapore Police Force is very efficient and well experienced in fighting crime. This helps Singapore feel safe for its residents and visitors alike.

Japan has strict gun control laws, making it difficult for criminals to obtain firearms. In addition, the Japanese government has invested heavily in security measures such as security cameras and metal detectors to help deter crime. Finally, Japanese culture places great importance on respect for others and commitment to peace.

Here are the easiest countries to get a work visa