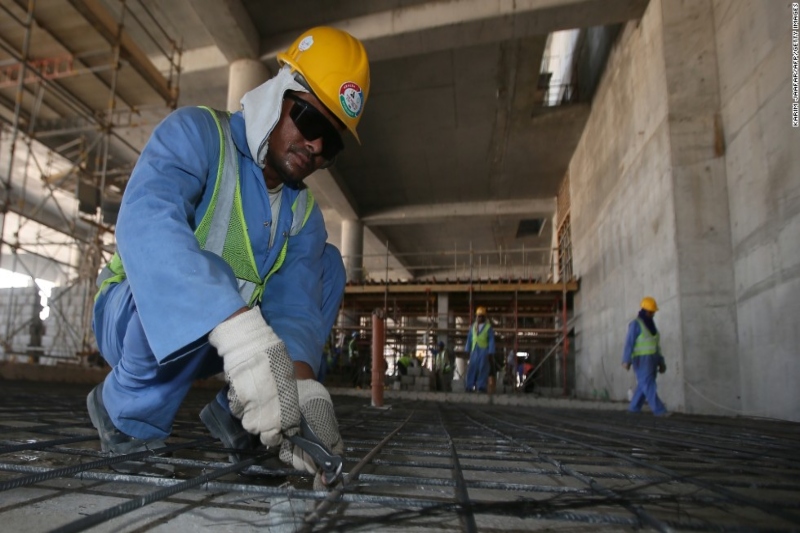 Qatar – A senior EU (European Union) official said Qatar has not improved the working conditions for migrant workers ahead of next year’s Fifa World Cup. He warned the country over persistent concerns about workplace accidents.

Nicolas Schmit, the EU commissioner for jobs and social rights, said he met Ali bin Samikh Al Marri, Qatar’s labour minister in December. The main aim of the meeting was to discuss the measures the country has been taking to reform its labour markets. Schmit said that he had warned the labour minister about improving the working conditions more ahead of the  Fifa World Cup.

He further said that the Gulf state had adopted ILO (International Labour Organization) conventions and made little progress for the labour. He also said to the minister that the health, safety, and fair treatment of all workers is important for the EU.

Earlier, Qatar has been criticized by Amnesty International and other campaign organizations over the working conditions of the migrant workers in the state. Most of the workers mainly come from the South Asian region to the state. Reportedly, migrant workers’ conditions at construction sites are not good, including the Khalifa stadium in Doha. Some workers also died while doing their work in the construction sites.

In the meeting, Nicolas Schmit acknowledged some progress in the Gulf state, including the abolition of the previous system of “total control of immigrant workers”. However, he warned Qatar about the working conditions. He said that there is a problem of accidents and safety for these migrant workers.

Reportedly, Qatar has a migrant workforce of about 2.1m, over 90 percent of the country’s working population. According to ILO, Qatar reported 50 fatal occupational injuries in 2020 and 506 severe injuries. Many young workers also died while doing their work. ILO suggested Qatar to review and investigate the death of the migrant workers.