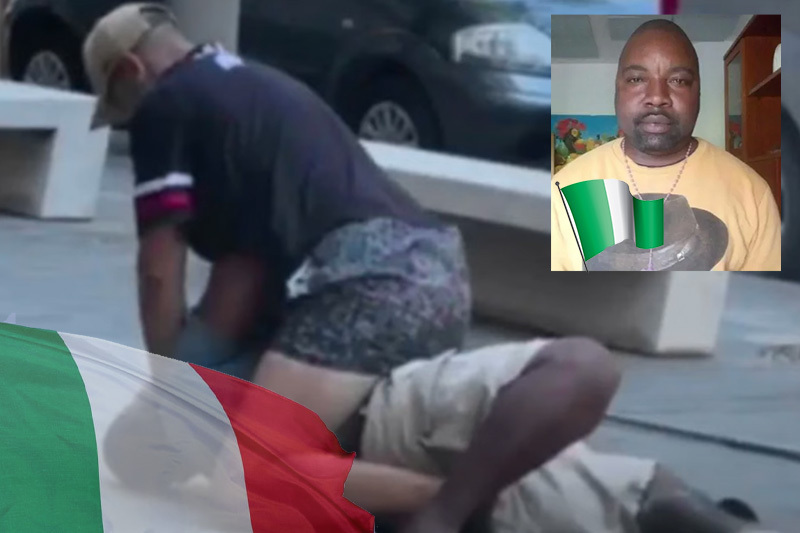 outcry over killing of african migrant in italy

Italy – The murder of a Nigerian migrant in Civitanova Marche was caught on camera on Friday.

The 32-year-old Italian who attacked the victim has been arrested on suspicion of murder and robbery.

Video of the attack has been widely circulated on Italian news websites and social media. Many emphasized the “indifference” of the witnesses.

The victim is Alikoy Ogorchukvu, father of two children. According to Italian media and witnesses, the attack began after Ogorchukwu made “persistent” requests to sell handkerchiefs and “changes”.

His wife could not hold back her tears after she was shown her husband’s body. She said: “I want to look that man in the eye and ask him why he killed my husband. There were so many people around, why didn’t anyone help him? I want justice now.”

Right-wing leader Matteo Salvini expressed outrage over the death, saying “security has no colour” and “needs to return to being a right.”

Also expressed dissatisfaction with what happened Enrico Letta, the leader of the left-wing Democratic Party – “Unheard of ferocity. Widespread indifference. There can be no justification,” he wrote in a tweet.

On Saturday, hundreds of people from the local Nigerian community took to the streets of Civitanova Marche in the Marche region to demand justice.

Francesco Aquaroli, President of the Brothers of Italy in the Marche region, expressed his condolences to the Aliki family and stated that it is also necessary to reiterate the firm condemnation of an act of insane and unprecedented violence that cannot be justified.

“Some political parties legitimize fear and hatred towards those who are different from them. This is a serious danger that we must fight every day,” said Aboubakar Soumahoro, an Italian-Ivorian activist, trade unionist, and sociologist, commenting on what happened in central Italy.