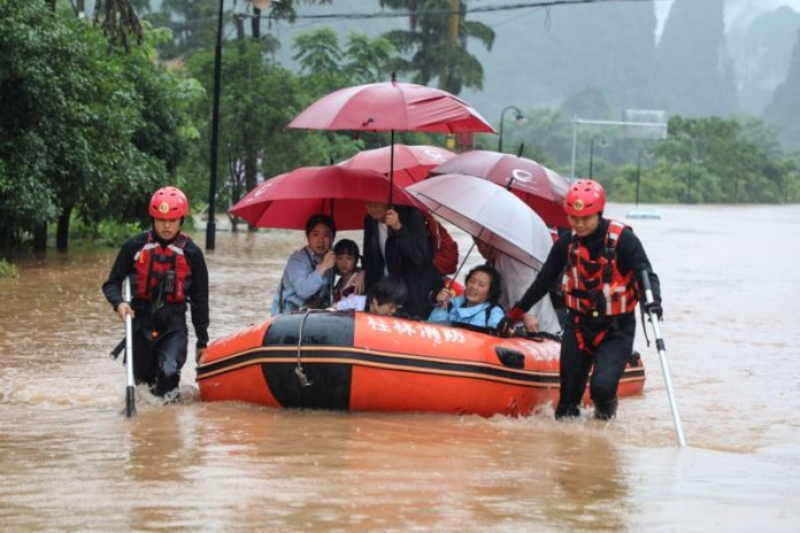 China has not been spared by the fury of nature as floods have engulfed many parts of the country. But on the worst receiving end are the migrant workers, especially those stuck in Zhengzhou who are now unable to reunite with their families and relatives due to being stuck in the floods.

Many of them have been without power and fresh water for consumption either. There is no mobile phone connections and water is almost waist deep. Rationed food and water is keeping most of the migrant population alive as most are daily wage earners are now without work.

It is worth noting that China has been facing migrant worker shortage due to people reluctance over health safety scares after China became the epicenter for the Coronavirus. The increasingly aging population is in need for youthful workers and there is a dearth of them as of now.

An estimated 280 million rural migrant workers in China often flock to cities like Zhengzhou for better jobs, leaving their families and returning home only once a year, for the Lunar New Year.

The city of 12 million people is still recovering from the floods. It received a year’s worth of rain in just a few days. Many come from local countryside to China in search for better job opportunities and money to send back to their hometowns. Many young and able youth have left from these provinces and not headed into Chinese towns.  They are now being requested to come back and help their provinces where elderly is at the risk of being engulfed by floods. The local government is asking migrants to head back to their hometowns too. The Chinese government isn’t taking onus of the suffering of the migrant population and the scare of water logging and disease looms over the heads of these migrant workers too.