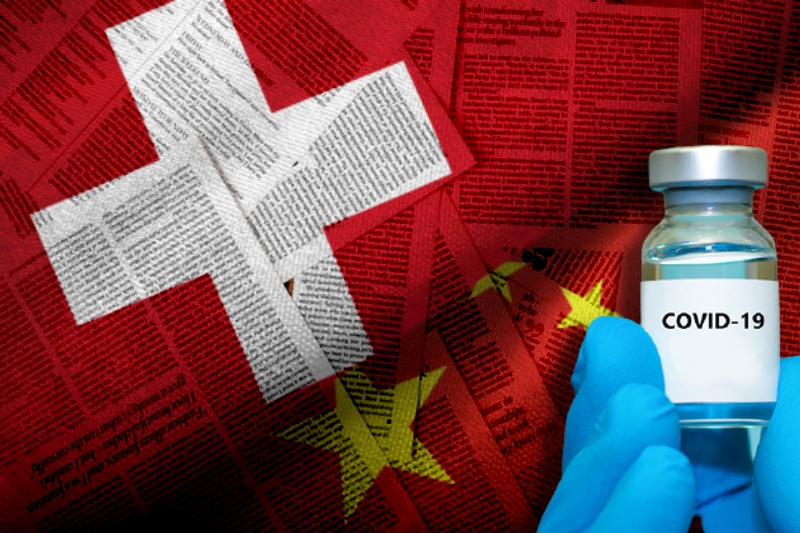 China’s state run media groups have been asked to take down all the articles and social media posts that contain ‘false news’ regarding scientists. The Swiss embassy in China took to twitter to call out China for quoting a Swiss biologist for an entirely out of context matter.

In fact, the embassy said that the person the Chinese media has been quoting did not even exist. In the tweet, the embassy requested the concerned person to meet if they exist.

“Looking for Wilson Edwards, alleged Swiss biologist, cited in press and social media in China over the last several days. If you exist, we would like to meet you! But it is more likely that this is fake news, and we call on the Chinese press and netizens to take down the posts,” tweeted the Swiss embassy.

In no time comments such as ‘Fake China’ and ‘Fake Chinese Media’ began circulating on the social media platform. Several media outlets had used the name Wilson Edwards and cited his ‘expert’ opinion on the origins of Covid-19 virus. The state run news channels have been cautious with reporting China related cases and are finding ways to show China in a better light.

But since the Swiss embassy publicly called out the Chinese media outlets, many of them have removed the articles and social media posts where they had referred to Wilson and shared their theory of the origin of the coronavirus.

They have also attacked the World Health Organisation and created doubt around it functioning as an independent organisation. The Embassy of Switzerland further asserted that in any other circumstance, they would have liked the attention on their country but with this, they must inform the Chinese public that this is absolutely false news.

The embassy went onto proof that the person either did not exist or his account was fake. Various media outlets in China such as Shanghai Daily, Global Times had referred to his Facebook handle to prove the claims about WHO and origins of the Coronavirus but the Switzerland’s embassy stressed that the account was opened just two weeks ago and the biologist had only three friends, essentially discrediting the source of the Chinese media.

They even hinted at China making a fake account for its protection. “It is likely that this Facebook account was not opened for social networking purposes,” the Swiss embassy added. The articles had reportedly claimed that Wilson, a ‘known’ European biologist had done analysis on how the Covid-19 outbreak was politicised and how a pandemic became advantage to some while a disadvantage to others. Shanghai Daily had quoted the biologist for his remarks on WHO’s independent functioning.