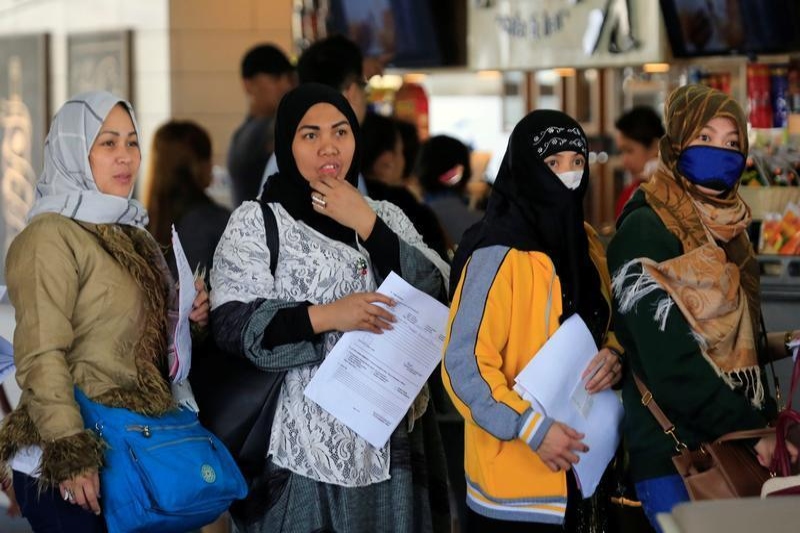 Kuwait – It is some good news for Ethiopian migrant workers working in Kuwait. They will now be able to make a stipulated amount of money that has been capped to a minimum of 90 dinars per month.

A new employment agreement is also being signed between Kuwait and Ethiopia under which many more Ethiopians will be able to find decent well-paid work. This labor agreement is soon to be signed which includes reopening “the Ethiopian embassy or one of the offices in the country, to follow up the affairs of domestic workers so that Kuwait can deal directly with the embassy of Ethiopian office in Kuwait and not through the intermediary offices,” according to a formal statement made to the Ethiopian state media.

As a precursor to this agreement, Ministry of Foreign Affairs Kuwait has also announced during a visit by Ethiopian delegation led by Nigussu Tilahun, Minister for the Ministry of Labor and Skill that a stipulated amount will be fixed for Ethiopian migrant workers.

According the Ethiopian Ministry of Foreign Affairs, the delegation had arrived in Kuwait on 16 April and was “expected to finalize the labor exchange agreement between Ethiopia and Kuwait. The agreement will help thousands of Ethiopians get employment opportunities in Kuwait,” MoFA said.

There has been protest against the conventional Kafala Law which creates a sense of superiority and inferiority between the employer and employee. Under the system, an employee cannot ask for redressal, change of employment or respectable pay.

It has been seen as a classic scene of modern-day slavery.

In March 2017, a video of an Ethiopian domestic worker falling from the seventh floor of a residential apartment building in Kuwait triggered a global outrage. Human Right Watch (HRW) condemned the working conditions of domestic workers in Kuwaiti and asked authorities to “investigate the working conditions that lead to all such attempted escapes or suicides and refrain from charging employees with “absconding.” No one should have to resort to climbing out of tall buildings to escape their workplace,” HRW said in response to the viral video. Kuwait has briefly suspended the recruitment of Ethiopian domestic workers, but lifted the ban in April 2018. The two countries were since discussing to finalize the signing of the agreement to govern the recruitment of domestic workers.

What Does Work-Life Balance Means For Millennials?