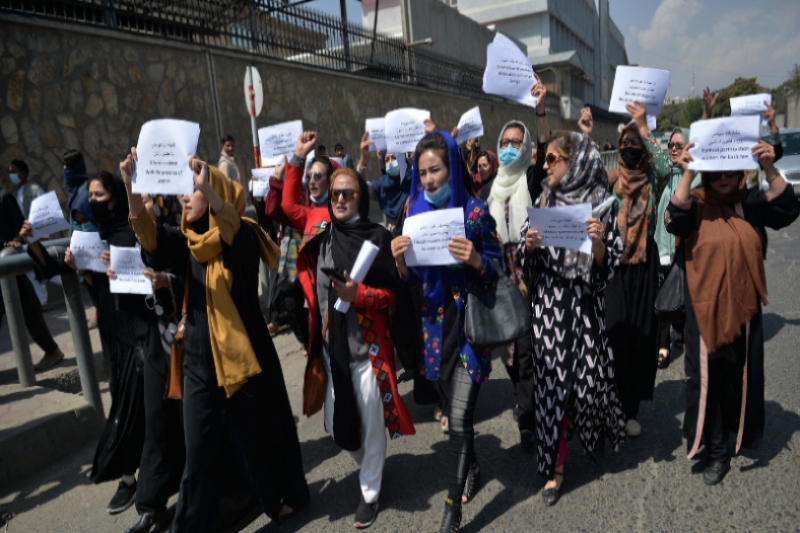 As Taliban takes over the running of the government in an all-male administration, it has become evident that women have no say or standing in Afghanistan as of now. This was proven correct when two journalists were beaten up badly for covering women’s rights protests in Kabul.

Both journalists work for an Afghani news channel. Taqi Daryabi and Nemat Naqdi, from the Kabul-based media outlet Etilaat-e Roz, were reportedly detained and attacked. This has become the first glaring example of human rights violation and has been severely attacked by human rights activists.

They have been repeatedly covering similar protests, creating awareness about the mistreatment of women and girls in Afghanistan. Both were separated when arrested and then beaten down with cables. This went on for almost four hours, between which the men lost their consciousness almost four times.

Women in Afghanistan have been targeted especially if they are from other nationalities. Those who are human rights defenders and civil activists have been seen protesting to call on the Taliban for the preservation of their achievements and education, in front of the presidential palace in Kabul.

While Taliban has said it would let media function, their understanding of Islam is unique. Patricia Gossman, associate Asia director at Human Rights Watch, said: “Taliban authorities claimed that they would allow the media to function so long as they ‘respected Islamic values’, but they are increasingly preventing journalists from reporting on demonstrations. Men and women are being made to sit separately in universities in Kabul already.

On other occasions, photo journalists have been detained and manhandled as well. In a separate statement, PDP supremo Mehbooba Mufti said that Taliban should practice Sharia law the way it is; not their own interpretation of it. She has recently faced a backlash for asking the Taliban to follow the Sharia law in Afghanistan and been forced to issue a clarification already.