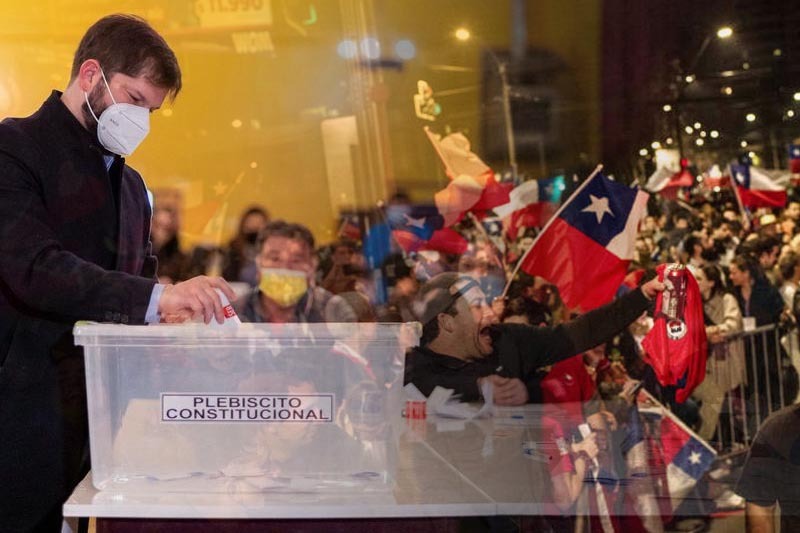 Chile – Polling stations opened in Chile on Sunday to let Chileans decide whether to accept a new proposed constitution that was originally conceived to correct the country’s stark inequalities. The country’s current constitution was written during the dictatorship of Augusto Pinochet, and despite many amendments, most Chileans say it lacks legitimacy and is too free-market oriented.

Protests and social upheaval in 2020 forced then-president Sebastian Piñera to call a referendum on a new constitution, the final draft of which was presented to Piñera’s successor, left-wing Gabriel Borich, this year.

But while 78% of Chilean voters supported the idea of ​​constitutional change back in the October 2020 accession referendum, today they are divided over the proposed draft.

Shortly after the draft was made public last July, various polls began to show a growing trend towards rejection of the charter, and the government publicly acknowledged this scenario.

In a tweet hours before the polls opened, Boric said Saturday night: “In Chile, we are resolving our differences with a larger democracy, not a smaller one. I am deeply proud that we have come this far.”

The constitutional process has been praised internationally for providing the country with an institutional exit from the social crisis and for responding to the demands of contemporary Chileans for greater equality and a more inclusive and open democracy.

The constitutional assembly convened to revise the constitution was the first assembly in the world to achieve full gender equality and the first in the country’s history to provide seats for indigenous peoples.

If approved, Chile’s constitution would be one of the most progressive in the world, giving the state a leading role in securing social rights. The project focuses on the self-determination of indigenous peoples and the protection of the environment; among other things, the heavily privatized system of water rights will be dismantled. Gender equality will be required in all public institutions and companies, and respect for sexual diversity will also be enshrined.