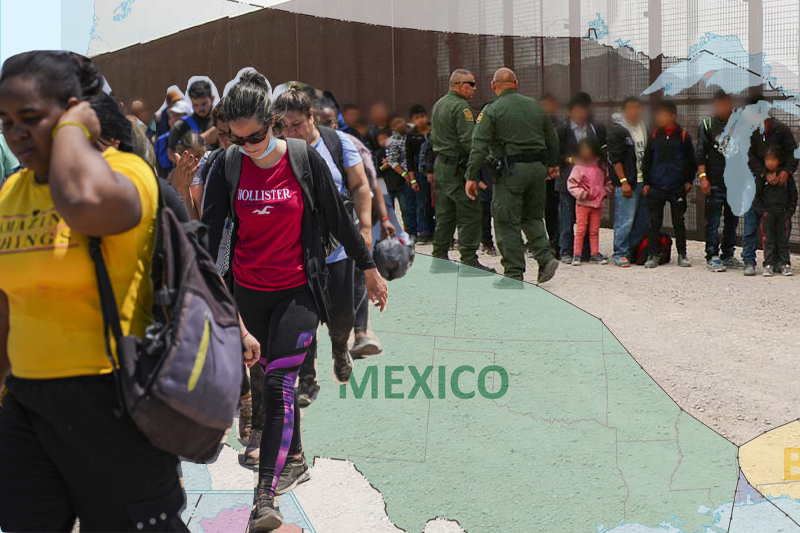 In January there is a massive slowdown in the number of migrants who were caught at the US-Mexico borders. The implementation of new restrictions imposed by US President Biden is one factor that has led to a decrease in the number of arrests at the borders.

In the month of January, there were an average of 4000 people arrested by the US Patrol team. This is confirmed by the 3 US officials. But at the same time, they said that it is very low compared to the week before Christmas. At that time the average is 7,400 per day.

This number of people who got arrested at the border could be the lowest since February 2021. But it is hard to predict whether this trend will continue throughout the month! However this month the decline followed another record month of speculation.

221,000 arrests had done by the Border Patrol agents on the side of the US-Mexico border this is done in the month of December. This is cleared by the US Customs and Border Protection data that is released this Friday.

Democrat Biden wants to run for the election of 2024 again. COVID-related restrictions were expanded this month to allow migrants caught at the US-Mexico border to be deported back to Mexico easily and rapidly.

The sanctions, known as Title 42, were first applied to the people of  Mexico and after some changes, and agreement with Mexico it would be increased up to the area of Cubans, Haitians, etc.

US President Joe Biden and his government launched a new humanitarian entry program. The program allows 30,000 migrants per month to enter in the United States if they have US sponsors and enter by air facility. This will help the region of Cubans, Haitians, Nicaraguans, and Venezuelans.

Many US officials said arrests at the border dropped at the end of the year and they said that the holidays were the main reason behind it. Though CBP has not responded to the comment till now.