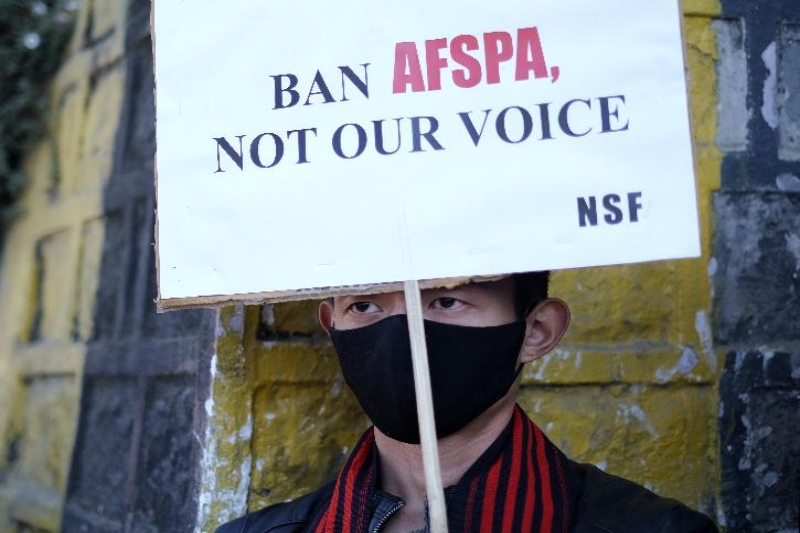 India – AFSPA is a security move which has not been well received by that particular region’s people and as per experts, rightly so, because the law prohibits a lot of the activities under AFSPA rule which gave birth to human rights violations.

Given the concerns about not being able to practice human rights in its full potential, a citizen’s collective of Nagaland Civil Society Organization vehemently focused on the Centre pushing the Armed Forces Special Power Act (AFSPA) in the state. According to the organization, the extension of this act is a complete violation of human rights.

The CSO received backing of three wins of the Konya unions which include a group of the Konyak tribe of the state’s Mon district.

They released a joint statement saying, “Adding salt to the wound, the extension of AFSPA is a calculated sign that undermines human dignity and value while the Konyaks cry for justice.”

They added that the centre is somehow bringing the region into the red zone by tagging it as a disturbed region despite people completely denouncing violence and longing for peace for the longest time.

The union also said that the decision to extend AFSPA comes from the fact that people at the centre want to create rift and confusion in the society. Among all other tribes in Nagaland, Konyaks are one of the most prominent with over 86 per cent of the two million population belonging from the tribal community. Communities like Konyaks, Naga People’s Front (NPF), Naga Students’ Federation (NSF), and the ruling Nationalist Democratic Progressive Party (NDPP) have been continually agitating as they are demanding for the centre to be taken by AFSPA.