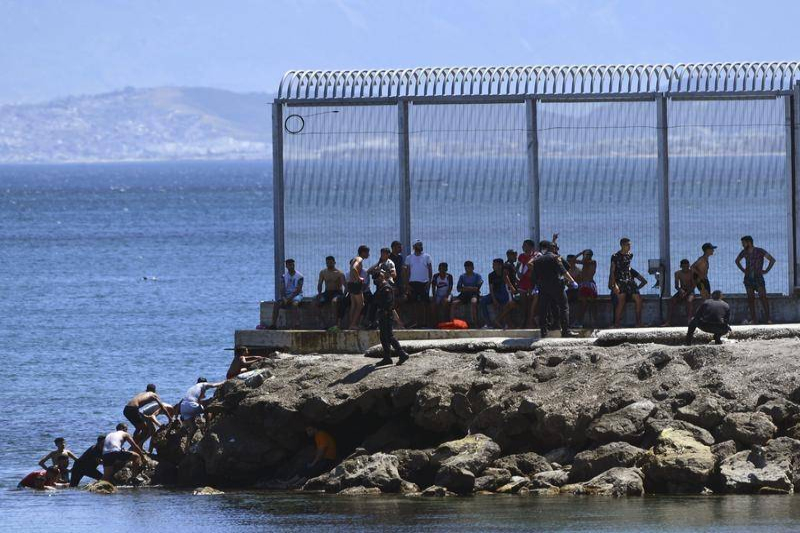 As being told by Interior Minister, the Government of Spanish has deployed troops in the Ceuta region to patrol the border with Morocco. This action had to be taken as over a thousand migrants swam into the north African enclave. Without even specifying how many troops will be deployed to the site, this transfer has begun. A spokesman from Ceuta’s government told that to maintain order and safety in the region, these soldiers would work with the police like a hand in a glove. They are taking all measures to protect people living in sensitive locations within the enclave. Soldiers will patrol the border along with Spanish police.

Interior Minister Fernando Grande-Marlaska, said that around 6,000 Moroccans, including about 1,500 minors, swam into Ceuta on Monday and Tuesday. The Moroccans were able to sweep in such large numbers as they took advantage of relaxed border controls in their nation to swim or paddle in inflatable boats onto European soil.

This sudden situation in the surge of migrants has critically deepened the diplomatic relation between Morocco and Spain. This happened in the wake of Spain’s decision to allow in for medical treatment of the chief of a militant group Last month, Spain allowed Sahrawi leader Brahim Ghali to be treated in a hospital, in Logroño. Brahim Ghali leads the Polisario Front, fighting for Western Saharan sovereignty against the claims of Morocco. To this, the Moroccan government responded and warned Spain that giving shelter to Ghali will mean severe consequences to the country.

Cueta lies in North Africa on the Mediterranean Sea and has about 85,000 people. It is separated from Morocco by a double fence. Considering as a gateway to Europe, many African migrants regard Ceuta and nearby Melilla, also a Spanish territory as a shortcut way. These shortcuts have been in existence for decades as Africans seek to live in Europe for better quality and living standards. As per the local report, about 4,500 adults are being transferred to a football stadium and will be sent to Morocco. However, 1,500 minors will be sent to an industrial building.