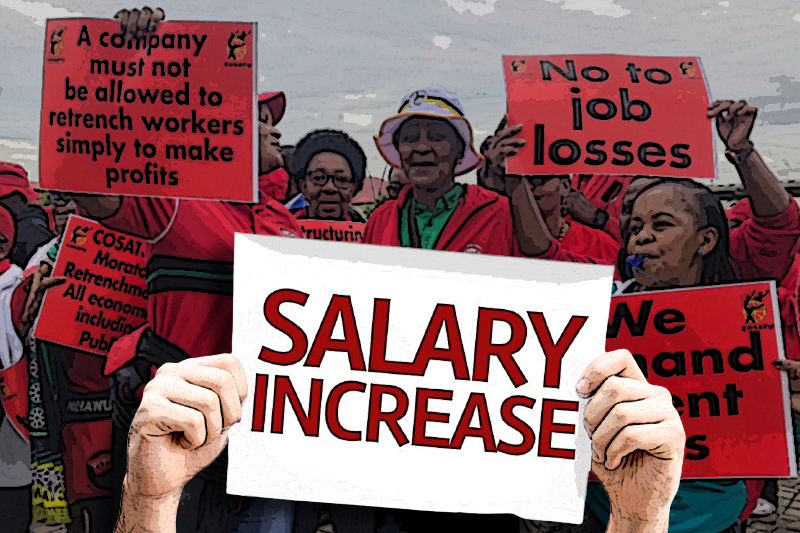 Public sector trade unions in South Africa are gearing for a major strike this week in the aftermath of stalemate in wage negotiations with the government. As per local media reports, the South African government did not concur with the demands of the trade unions to increase public sector salaries. During the wage talks, the government stressed it does not have enough funds to provide salary hikes to unions.

Unions are demanding a salary hike of CPI plus 4 percent for all workers in the fiscal year 2021-22. However, local government authorities have offered 2.8 percent in the revised proposal, while the national and provincial government has denied to provide any raise.

Workers are also demanding better housing payments and a risk allowance in view of the COVID-19 pandemic.

Negotiations between the trade unions and the government have turned sour after the latter’s proposal did not offer higher wages to workers. During the first round of talks in March, the government said it would not increase workers’ salaries.

After rejecting the government’s revised offer made on Friday, union leaders have asked members to prepare for nationwide strike action.

On Saturday, the Public Servants Association (PSA) issued a statement, noting that it would strike to ensure wage hikes for over 235,000 members. In its statement, the PSA maintained the government is shifting fund to no real benefit for workers.

Public sector unions allied with the COSATU (Congress of South African Trade Unions) federation issued another statement, asserting that they are consulting members for further steps after a deadlock in wage negotiations with the government.

“The employer is hell-bent on a zero-increase approach,” COSATU said in its statement, as quoted by Reuters.

Responding to the development, South Africa’s Public Service and Administration minister Senzo Mchunu asserted that the government has “run out of options” amid the surging financial challenges in the country. In a statement on Monday, he affirmed that the government is keenly making effort to find a solution to end the deadlock with trade unions over the current public service wage negotiations. Addressing a media briefing, he called for citizens to submit proposals to help resolve the deadlock.