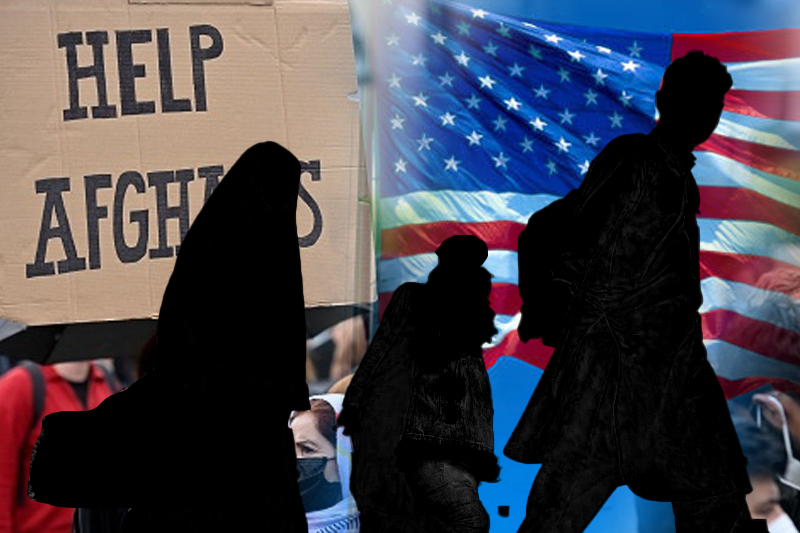 afghan adjustment act what does it mean for refugees in us

US – A bipartisan group of lawmakers in the US Congress introduced the Afghan Adaptation Act (AAA), a bill aimed at giving tens of thousands of Afghans in the United States the opportunity to become citizens.

The Department of Homeland Security reports that more than 80,000 Afghans have entered the country since the US withdrawal from Afghanistan in August 2021. Many arrived on humanitarian parole, allowing tens of thousands of people to quickly enter the country after the collapse of the US-backed Afghan government and the chaotic and messy airlift from Kabul.

Humanitarian parole allows Afghans to live and work in the US for two years, but does not provide a clear path to permanent residence. This is different from programs such as the Special Immigrant Visa (SIV) for Afghans that have worked with the US government.

What’s on the bill?

The AAA will open the path to permanent residence for Afghans brought to the US on parole if they meet certain criteria and pass additional screening.

This will expand SIV eligibility to several additional groups, including the Afghan Women’s Combat Teams, the Afghan National Army Special Operations Command, the Afghan Air Force, and the Afghanistan Special Mission Wing. The bill provides for the creation of a task force to develop a strategy for assisting SIV-eligible individuals still in Afghanistan.

Is there support for the bill?

When Kabul fell to the Taliban last year, the Afghans received widespread support, as well as calls to side with those who had worked with the US during the 20-year war. Some legislators see the AAA as a necessary step towards fulfilling that promise.

An October 2021 poll found that 72 percent of Americans are in favor of granting entry to the US to Afghans who have worked with the US or Afghan governments, and 42 percent support allowing entry to others who fear living under Taliban rule.

What can Afghans do if the bill is not passed?

If the AAA does not move forward, Afghans who have been released on parole in the US will have to apply for permanent residency through traditional programs such as Refugee Admission or SIV.

But traditional programs suffer from huge delays and long processing times. Navigating the US immigration system may require the assistance of immigration lawyers, which can be complex and costly. Some Afghan American and immigrant groups offer help in this process, but their resources are limited.

Can the US do more to bring Afghans into the country?

Washington has come under fire for not offering help to the remaining Afghans, and human rights groups have accused the US immigration system of applying racist double standards to the parole of Afghans.

6 Diversity Metrics You Should Measure