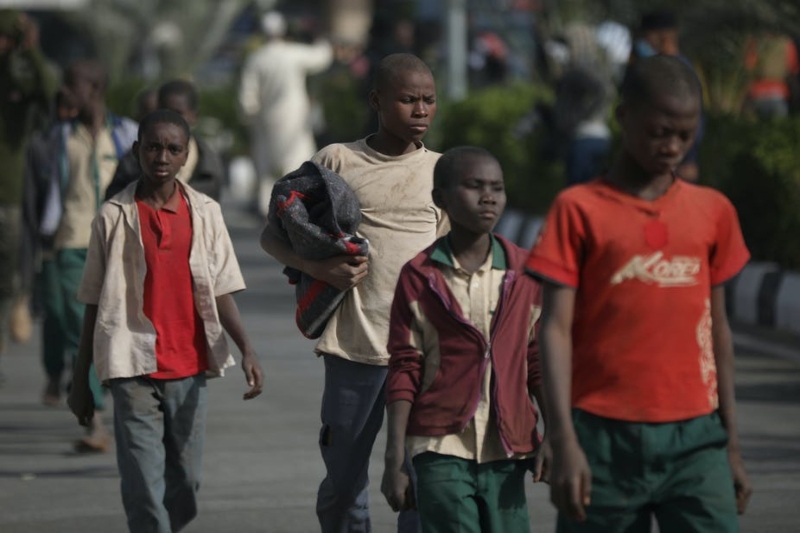 As children kidnapped were released by Nigerian goons and militants, only 200 children have returned alive of the 1000 that were abducted two months ago. Just days later, more have been abducted, current news claim.

Most of the gunmen are believed to be young men from the Fulani ethnic group who had traditionally worked as nomadic cattle herders before turning to the profitable crime of abducting children for ransom.

Of those missing comprise mostly girls. Many of these goons that have picked children from northwest regions of Nigeria, also comprise militants with links to the Islamic militants long active there. In 2014, it was international news that they abducted 276 schoolgirls in Chibok, prompting the #BringBackOurGirls campaign.

Currently, 73 children have been abducted in Zamfara state prompting authorities to close down all primary and secondary schools. Previously, three groups of kids were freed only after large amounts of ransom demands were fulfilled by the poor farming parents.

Most of these children are being kidnapped to raise money or use the girls for child marriage to militants within these groups. According to official media news, the some 90 pupils freed were the youngest hostages ever taken from a school in Nigeria, with children as young as 4 taken into the remote forests by gunmen and held for three months without their parents. One child, who hasn’t been identified, died during the ordeal, authorities said last week.

Of the 100 girls missing since years ago, two recently turned up. Both have had children with the militants they were forced to marry. People have become victim to this new ransom racket. Authorities are not being able to control the notorious behavior of the militants and bandits. Governors are being accused of laxity in security mechanisms; an allegation that Bello Matawalle of Zamfara denied.

Government gets involved in negotiations; this results in millions paid in ransom. No wonder, this has become a lucrative business for all kinds of mercenaries. President Muhammadu Buhari has also insinuated that state governors were fuelling the crisis. “State governments must review their policy of rewarding bandits with money and vehicles. Such a policy has the potential to backfire with disastrous consequences,” he said.