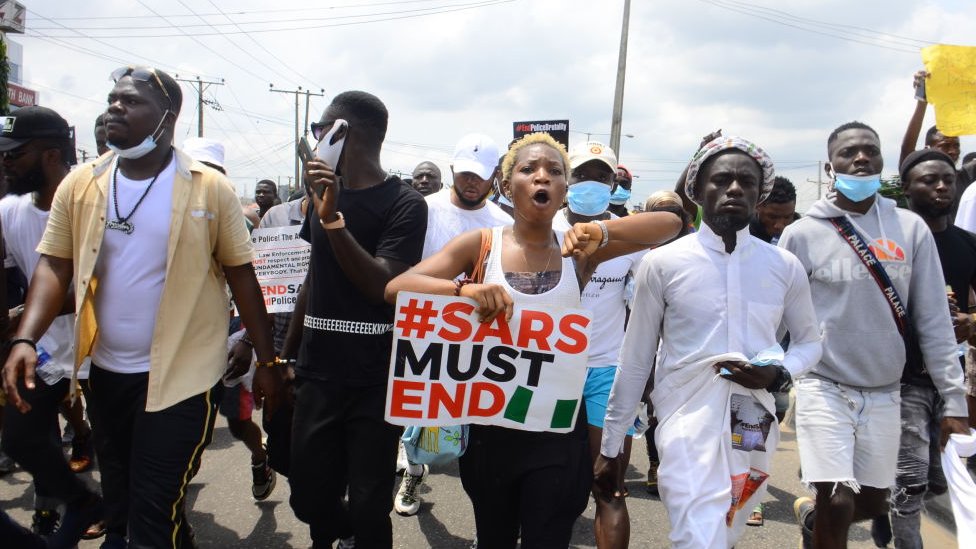 The UK Parliament has called on the British government to impose international sanctions against the Nigerian government over human rights violations by officials and security agencies against citizens during the EndSARS protests.

The UK Parliament has also demanded the British government to initiate an investigation into the incidents of human rights abuses against Nigerian citizens and how the Muhammadu Buhari government handled the situation during the protests.

🇳🇬 #Nigeria must set up a credible, independent inquiry into the recent illegal killings of at least 12 peaceful protestors by soldiers – UN experts: “Governments come and go, but #PoliceBrutality is as intractable as ever. Nigerians need justice."
👉 https://t.co/KQXGj6c2to pic.twitter.com/YtKm25y40y

In addition, parliamentarians have also urged the British government to explore ways to monitor the Nigerian government’s development funding in a bid to establish anti-corruption programmes and poverty relief measures.

Young Nigerians have been protesting police brutality in the country since the early days of October. These protests expanded into broader #EndSARS protests where demonstrators also demanded institutional reforms in government. In between these protests, there have been reports of incidents of police brutality and extra-judicial killings at the hands of Nigerian security officials in Lagos, Rivers, Delta and Oyo among other areas in Nigeria.

Earlier, a team of UN Human Rights Council called on the Nigerian government to launch an inquiry into protester killings during the protests. In addition, Human Rights Watch also joined the efforts of a number of civil society groups calling for an end in the usage of excessive force against protesters in various parts of Nigeria.

Amid the ongoing developments, the British Parliament has also asked the UK government to look into the possibility of imposing new sanctions allowing those entities and individuals to be targeted who violate human rights around the world.