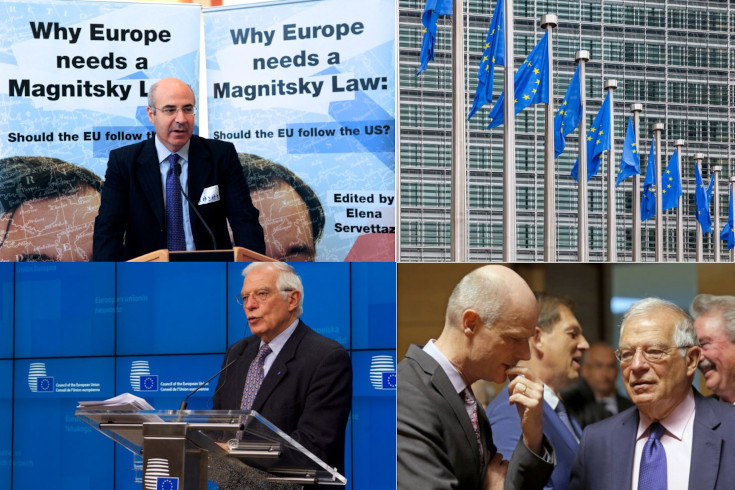 The European Union has adopted a new sanctions regime against human rights violations around the world, following the call by the High Representative of Foreign Affairs and Security Policy in the Caucus, Josep Borrell, for member states to adopt a more assertive stance on foreign policy.

The European sanctions regime, which was approved by the bloc’s foreign ministers is like the US “Magnitsky” penal law, which was passed after the death of Russian lawyer Sergey Magnitsky in a Russian prison in 2009 after he revealed a plan to embezzle billions of euros, and in the wake of the death incident the US authorities issued In late 2012, a law prohibits every person involved in a lawyer’s death, or other human rights violations, from entering the United States.

“At the request of several member states, we agreed to start preparatory work for  global sanctions regime to address serious violations of human rights,” Borrell said.

Borrell added that there is a “consensus” on this matter, noting that some member states still have some reservations, and what is required now is to take a series of steps, including drafting legal texts.

For his part, German Foreign Minister Haikou Maas confirmed his country’s support for the new sanctions regime, stressing that the European Union should be able to deal with “the consequences of human rights violations.”

In his turn, Lithuanian Foreign Minister Linas Linkevicos stressed the need for the European Union to take “clear and decisive” positions, denying that the new system was an “aggressive” act. “If the messages are hazy or unclear, they will be considered a weakness,” he said, referring to governments that do not respect human rights.

It is scheduled to submit a commission of foreign and security affairs of the European Union a legal proposal after the agreement Monday, where diplomats expect that it will take six months before the entry into application of the sanctions regime.