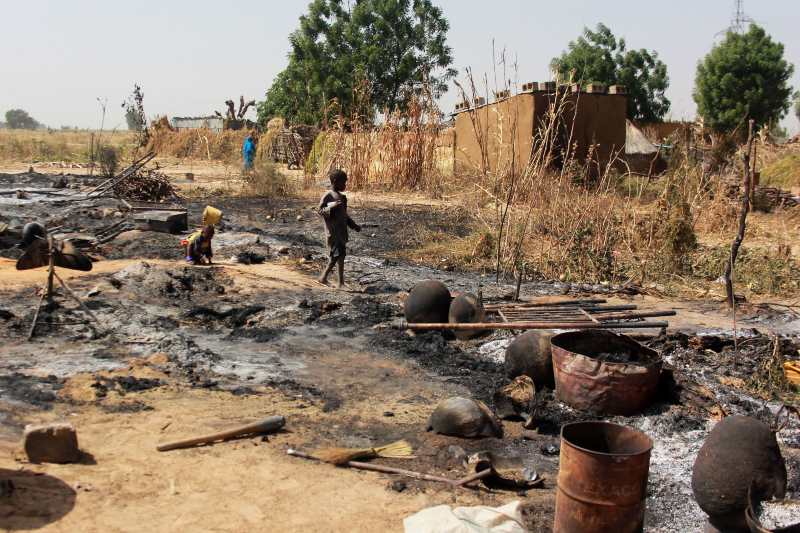 In its recent report encircling humanitarian crisis in Nigeria, Amnesty International revealed that the attacks carried out by Boko Haram, a jihadist terrorist organisation, in northeast region of the country amounted to war crimes. The rights group, which interviewed about 22 people in February and March to assess the level of atrocities unleashed by the terror group, said, “As Boko Haram continue their relentless cycle of killings, abductions and looting, they are also subjecting women and girls to rape and other sexual violence during their attacks. These atrocities are war crimes.”

With regard to the revelations of the report, Osai Ojigho, Director of Amnesty International Nigeria urged Nigerian authorities to respond to the barbarity on urgent basis. Ojigho said, “The targeted communities have been abandoned by the forces that are supposed to protect them, and are struggling to gain any recognition or response to the horrors they’ve suffered. The Nigerian authorities must urgently address this issue.”

She added, “The International Criminal Court must immediately open a full investigation into the atrocities committed by all sides, and ensure those responsible are held accountable, including for crimes against women and girls.”

The report highlighted how Boko Haram fighters conducted violent raids in the villages located in northern part of the country, ripping people off livestock, money, and other valuables, and even butchered many who tried to flee. Many victims who witnessed the frequent raids also told the rights group that the most horrific aspect was the sexual assault conducted on women and girls, which left many in traumatic conditions. Some witnesses also described Boko Haram taking away women on motorbikes and returning them to their village days later. Amnesty team stressed that as per the Rome Statute, rape and other forms of sexual violence amount to war crimes, and hence should be treated likewise.

Besides, the rights group raised the issue of safe abortion, which is otherwise deemed illegal in Nigeria. Amnesty international advocated that the survivors of the sexual violence should have the right to abortion, which the country allows only when life is at risk.

Highlighting the urgency of the crisis, Ojigho said, “This is a humanitarian crisis that is getting worse day-by-day. The Nigerian authorities and partners must act now to support those most in need, and ensure this horrendous situation doesn’t continue to deteriorate.”