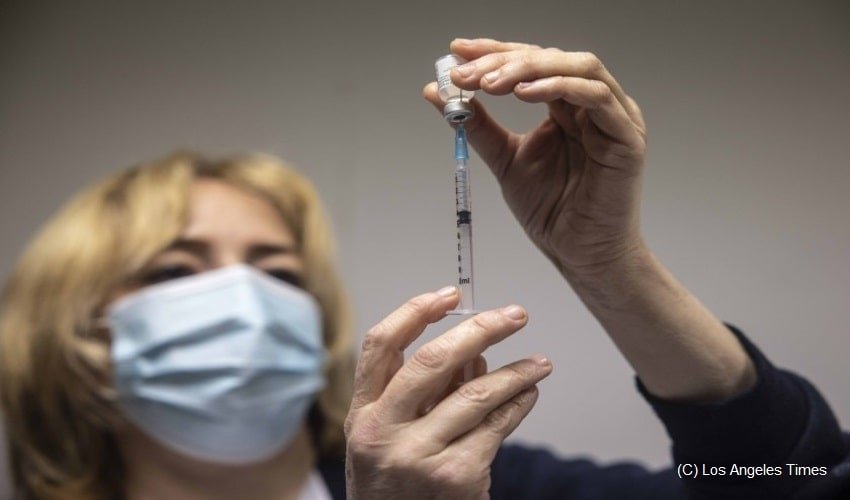 In nearly 70 low-income countries, nine out of ten citizens are at risk of not having access to the Covid-19 vaccine.

There will be no vaccine for everyone. The pharmaceutical multinationals can produce it, but it is a price problem. After months of waiting, most of the countries are starting mass vaccinations against Covid-19. The campaigns are increasing the hope of the populations in the regions most affected by the pandemic. Britain started mass vaccinations on December 10, Russia on December 4, Mexico on December 18, a few days after Israel. According to Johns Hopkins University, about 80 million confirmed contagions were recorded to date across the planet, including over 18 million infections in the United States only. At the same time, the total number of confirmed cases in Europe has exceeded 20 million.

But concerns are growing for the poorest countries in the world. In nearly 70 low-income countries, nine out of ten citizens are at risk of not having access to the Covid-19 vaccine. More than half of the main products have already been purchased by the richest countries, where less than a sixth of the world’s population lives. People’s Vaccine Alliance, a coalition of non-governmental organizations including Oxfam and Amnesty international, calculated that.

A handful of rich countries have bought up over half of all #COVID19 vaccines so far.

The world must learn the painful lessons from a history of unequal access in dealing with HIV.

We must have a #PeoplesVaccine for everyone, everywhere.

The experts analyzed the agreements reached worldwide with the manufacturers of the eight products closest to commercialization, including the one developed by Pfizer and Biotech companies that the United Kingdom began to distribute yesterday for the most popular groups at risk. The survey shows that at least 67 middle and low-income countries, including Kenya, Nigeria and Ukraine, risk being able to vaccinate a small number of inhabitants. To date, 96 percent of Pfizer and Biontech’s doses of the drug have been purchased from higher-income countries. According to the alliance of NGOs, the vaccine developed by the American company Moderna will probably be distributed only in rich countries.

The only vaccine that promises to be distributed in developing regions is that produced by the University of Oxford with the Swedish multinational AstraZeneca. It is more accessible both in terms of costs and conditions required for storage. The vaccine has an average efficacy of 70 percent, about 25 points less than that made by Pfizer and Biontech and that of Moderna. Well, the number of inhabitants who can be vaccinated will be small. Hundreds of low-income people risk cannot be vaccinated against coronavirus in 2021 because most of the incoming vaccines are purchased from the West. And this is despite Oxford-AstraZeneca committing to provide 64% of its doses to people in developing countries.

The third wave of the pandemic is scary, and the exclusion of many countries geographically close to Europe, amplify the dangers linked to the third wave. In the old continent, the anti-Covid vaccine will not be available for all. The alarm of countries excluded from the vaccine’s distribution comes in conjunction with the 72nd anniversary (10 December 1948) of the Universal Declaration of Human Rights adoption. Human rights that these days are even more health rights.