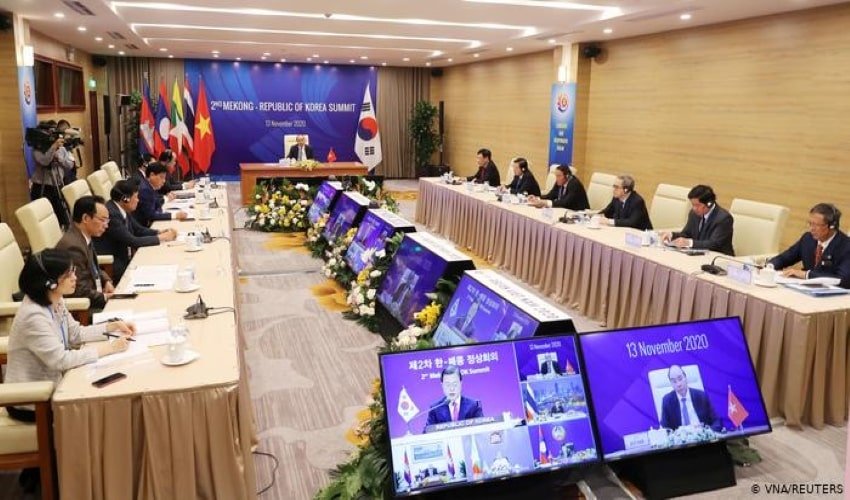 A trade agreement that includes the 10 nations of Southeast Asia (ASEAN) and the major countries of Asia and Oceania: Japan, China, South Korea, Australia, and New Zealand.

In mid-November, during a virtual summit in Hanoi, the Regional Comprehensive Economic Partnership (RCEP) was born. A trade agreement that includes the 10 nations of Southeast Asia (ASEAN) and the major countries of Asia and Oceania: Japan, China, South Korea, Australia, and New Zealand. At the bottom of the agreement, which represents about a third of GDP and of the world population, there are also two major absentees: the United States and India. The former had already withdrawn from the Trans-Pacific Partnership (TPP now CPTTP), which China is now looking at. India, instead, excluded itself by withdrawing last year. But the promises of the RCEP risk being a driving force for development only for someone.

If according to Korean economist Lee Jong-Wha, RCP lacks rules to protect the environment and workers, and the tariff reductions it requires are not as large as those of the CPTPP. More concerns come from civil society organizations about the agreement’s effects on those most vulnerable population’ segments, including farmers or artisans.

The treaty risks being a false promise. Once applied, it will allow foreign investors to enter and land grabbing, already concentrated in the hands of landowners and transnational companies. For Filipino farmers, it will translate into increased poverty and hunger. It can move into an increased militarization of indigenous communities, who struggled for decades to preserve their ancestral lands.

Now 500 thousand hectares on the island of Mindanao are covered by crops mainly destined for the world market. With a rapidly growing population and the drastic decrease of the land destined for rice production. Due to the conversion to monoculture, security and food sovereignty will be affected. The increase in imports of cheaper consumer goods and the decrease in exports could aggravate the trade deficit, weaken the state budget, and aggravate the poverty status.

“The Covid crisis should be an opportunity to realize how important farmers, fishermen and other food producers are” – the Indonesian NGO Solidarities Perempuan said about the RCEP. Focus on the Global South also highlights the dangers for informal workers and small agricultural or artisan businesses to the benefit of brokers who profit on minimal profit margins.

Drastically reducing tariffs for agricultural products could have tragic consequences for them and women working for family subsistence with small-scale agriculture. A situation aggravated by the pandemic, as the activists of the Asia Pacific Forum on Women, Law and Development, based in Kuala Lumpur (Malaysia) explains that “the pandemic has taken lives, destroyed economies, wiped out millions of jobs and means of subsistence in a way never seen before. Right now, any economic, fiscal, and political decision must reflect the needs and priorities of the peoples.”

In Manila, the Philippine NGO Trade Justice recalls that, during the negotiation, civil society continually recalled the possible negative implications of the RCEP. Concerns also shared by the trade unions of Indonesia, South Korea, Australia, Malaysia, and Cambodia, which through the Public Service International platform, have expressed their concerns about the effects of the agreement on labour market. Another dangerous point is the State-Investor Dispute Resolution Mechanism (ISDS), thanks to which large transnational corporations have the right to sue states to change their laws and public policies. Finally, the Right to Intellectual Property (IPP) could deny affordable prices for life-saving drugs. That would run counter to the rights of farmers to independently preserve and produce their seeds.