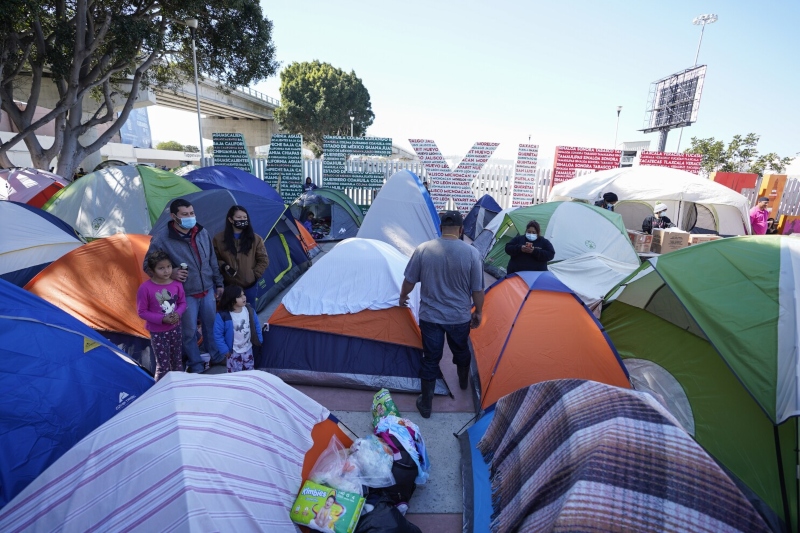 Mexico – Growing migrant populations continue to mushroom in South America as US asylum seeker policies continue to remain uncertain. One such prominent migrant camp is the Tijuana camp that cannot be missed by the way it has come up.

Camp settings are coming up on borders itself. They are given a chance to apply there and then. This is one reason thousands primarily young children are thronging such makeshift camps looking for a passage into the United States.

Pedestrian crossings giving access to the United States have now been fenced. But people throng on the other side, looking for a possible route to the other side.  Now being called the October operation, on Oct. 28, about 250 police officers and city workers were said to have entered a camp of migrants. These migrants were hoping to apply for asylum in the United States. Migrants had to register for credentials or leave. Within hours, those who stayed were surrounded by enough chain-link fence to extend twice the height of the Statue of Liberty.

The only entry-exit is guarded around the clock by Tijuana police. Migrants with credentials are free to come and go.

Since March 2020, the U.S. has used Title 42, named for a public health law, to expel adults and families without an opportunity for asylum; unaccompanied children are exempt. But the Biden administration has exercised that authority on only about one of every four who come in families, largely due to resource constraints and Mexico’s reluctance to take back Central American families.

Montserrat Caballero, Tijuana’s first female mayor, said officials did “almost nothing” to control the camp before she took office on October 01. When she asked Mexico’s state and federal governments to join her in erecting a fence and introducing a registry, they declined. No one knows what to do, unless there is clear directive from the US, which isn’t coming either. With no decisions being taken, camps will continue to sprout here or there.