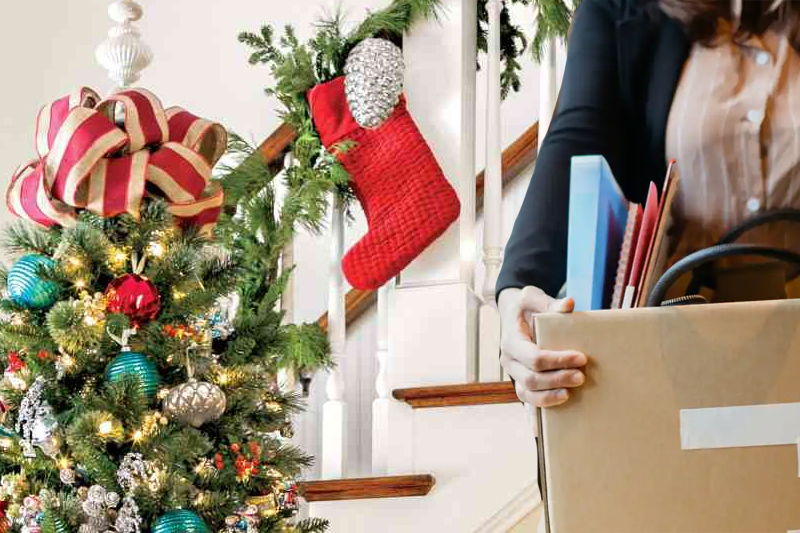 why companies do layoffs around christmas

You might have noticed the usual layoffs around Christmas every year. But do you know the reason why companies layoff before christmas? Let’s reveal the harsh truth!

The second-highest month for layoffs is frequently December. Worse is January. It is difficult to miss the fact that the holiday season is a truly bad time for employees to be receiving pink slips as job layoffs spread through sectors like tech and media.

Of course, there is never a good moment for businesses to fire workers, but as LinkedIn continues to be flooded with “goodbye, employment” posts, many people are left to wonder why it had to happen during the week leading up to Thanksgiving or right before Christmas.

Despite the overall strength of the labor market, some well-known software companies, including Meta Platforms Inc., Salesforce Inc., and Amazon.com Inc., have recently made layoffs or announced intentions to do so.

According to persons familiar with the situation, Goldman Sachs Group Inc. plans to fire thousands of workers in the financial industry.

Ford Motor Company, Walmart Inc., and PepsiCo Inc. have all reduced their headcounts as a result of thousands of job losses, causing many employees to wonder if they will be the next.

Historically, December has frequently ranked as the second-highest month for layoffs and discharges, according to data from the Bureau of Labor Statistics, dating back to 2000.

But January, which historically sees the largest job cuts, is just around the corner.

The pandemic (which caused enormous layoffs to be reported in March and April when Covid-19 spread and lockdowns were instituted) rendered 2020 an outlier year.

Holiday layoffs are a relatively new occurrence. According to Andy Challenger, senior vice president of the career services and executive coaching firm Challenger, Gray & Christmas, businesses were more aware of the implications of terminating employees during the most joyous time of the year in the 1970s and 1980s.

He claims that feeling has faded. Today, businesses frequently make cuts when they feel the need to.

If a company needs to fire a lot of workers, Jonathan Reynolds, the CEO of the recruiting firm Titus Talent Strategies, says he suggests waiting until after the holidays, especially if the company hired too many people in the first place. They can find it difficult to rehire talented individuals.

“Companies really need to think about their talent reputation at this point,” he claims. Some people who are a little more risk-averse prefer to work for organizations that put their employees’ needs first.

According to Nick Bunker, economic research director for North America at Indeed Hiring Lab, the seasonality of the labor market can partially account for the timing of some job cutbacks.

Different industries have busier and more labor-intensive periods of the year. An excellent example is retail.

When there is a surge in demand for the holidays, there is a lot of seasonal employment in October and November, and then, according to Mr Bunker, workers are let go in January because Christmas has already passed.

Federal data, however, also reveals that for the previous ten years, January layoffs have regularly been higher than usual in sectors that are less well known for holiday-hiring frenzies, such as professional and business services, finance, insurance, and real estate.

According to researchers, one reason is that December typically marks the conclusion of the fiscal year for many organizations.

Many businesses seek to make modifications for the following year based on organizational performance and forecasts for the economy.

According to George Penn, managing vice president of research and consulting for research company Gartner Inc., leadership can declare at the beginning of the new year,

“We now know that we missed targets or that our projections were inaccurate and we need to modify accordingly.”

The above-average number of layoffs in December is sometimes caused by businesses aiming to cut expenses and restart in the new year with a fresh balance sheet.

Some industry leaders are concerned about rising interest rates, the conflict in Ukraine, supply-chain concerns, and reduced global demand for goods and services this year.

They want to prepare their financial situation for success in 2023, “He claims. “Tech companies that haven’t yet let any staff go are probably carefully weighing their options. More layoffs in the upcoming weeks wouldn’t be unexpected.”