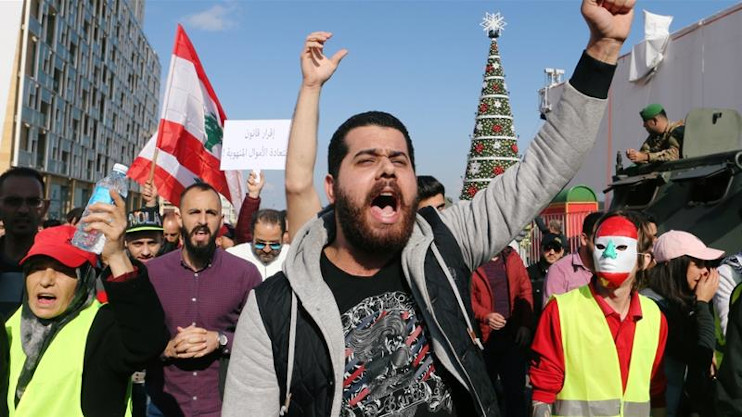 Around 150 thousand Bangladeshi migrant workers are passing days in uncertainty in crisis-hit Lebanon as most of them have either lost their jobs or remained unpaid over the last few months. Some 30,000 Bangladeshi are undocumented, mostly women who work as house keepers. Many of them are desperate to return home, but the Lebanese authorities were making delay in giving them the go-ahead, said officials and migrants in the West Asian country quoted by the American newspaper “Daily Star”.

Lebanon’s mismanaged economy has been stagnant for nearly a decade. The crisis has deepened in recent months with an acute dollar shortage leading banks to restrict foreign currency withdrawals in the heavily dollarized economy after the political crisis in the country. AFP reported the story of Mary, eighteen-year-old domestic worker who came to Lebanon from Ethiopia to help support her family, but now a financial crisis is preventing her from sending them money. “I used to earn 400 dollars… but today I get my salary in Lebanese pounds,” she said. “I can’t send money to Ethiopia anymore.” Mary confessed revealing how the situation is getting worse for migrant workers in Beirut.

In the recent period scores of businesses have closed down and thousands of employees have been laid off or had their working hours and wages slashed. Meanwhile, prices of everyday goods have gone up. Last year, the World Bank estimated that up to half of Lebanon’s population could fall into poverty, up from 30 percent in 2018. The global institutions also indicated that unemployment, especially among youth, is already high and could further rise sharply. After the fall of Saad Hariri’s Government on October 29, in the last 3 months thousands of people have been taking to the streets demanding a productive economy, an end to corruption and the ouster of sectarian leaders who have ruled the country since its civil war ended in 1990. Abdullah Al Mamun, first secretary at the Bangladesh embassy in Lebanon, confirmed that many migrants were losing jobs while many others were being paid low wages. He said the US dollar went up in value in recent months amid the crisis, revealing that foreign workers are usually paid in US dollars, but now they are being paid in Lebanese Pound which is highly devalued.