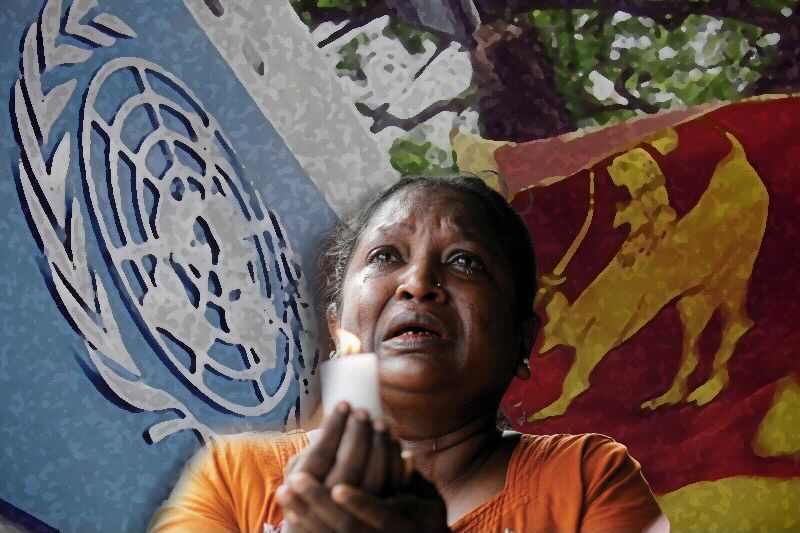 Sri Lanka is going to face another UN resolution urging it to hold human rights victimizers responsible and bring justice to the sufferers of its 26 year-long civil war. UK and others have distributed a draft for a new resolution among UN Human Rights Council (UNHRC) member nations.

Hundreds of Muslim and Christian people gathered and held a big rally this month despite a ban due to coronavirus. While the Tamil community urged for justice and accountability for the atrocities done during the civil war, however, Muslims rallied against the forced cremation of Covid victims which they consider against Islamic traditions, The BBC detailed.

Yesterday, the UK Foreign Secretary Dominic Raab while addressing the UN Human Rights Council urged on some of the most recent human rights situations in nations such as Belarus, Russia, Myanmar, Sri Lanka, Syria, and China.

During his address to the Council Raab stated that the UK administration would continue to lead activities at the UNHRC on South Sudan, Syria, and Sri Lanka, where we will introduce a new resolution to emphasize more on accountability and reconciliation.

“We would like to see a more compelling international human rights system that holds responsible the individuals who violate human rights,” Raab added, further expressing “the Human Rights Council should be prepared to assume its part in full, or I dread we will see its standing reputation harmed.

The UN resolution draft on Sri Lanka incorporates calls for the collection of data on war crimes, however, the new resolution has been scrutinized as weak, and particularly failing to accept the suggestions of the most recent report by the Office of the UN High Commissioner for Human Rights.

Lord Ahmad stated that the UN resolution was an important step towards compromise and promoting peaceful relations amongst all diverse communities in Sri Lanka, the BBC reported.

The UN had estimated that more than 40,000 individuals, mainly citizens from the minority Tamil community, suffered the most in the last phases of Sri Lanka’s battle against the Tamil Tiger rebels. The UN human rights office blamed both sides for crimes during the Sri Lankan civil war.

Amnesty International, in a report issued on 17 Feb stated that Sri Lankan Government had launched a crackdown on the dissent that is seriously diminishing freedom of civil society and also blocking justice for conflict-era crimes under the international law.

As per the BBC, thousands disappeared during the war and the Sri Lankan authorities are criticized for the missing Tamil rebels who either arrested or surrendered.

However, current Sri Lankan President Gotabaya Rajapaksa pulled out from the new UN resolution in February 2020, months after he won the elections. He had reassured his supporters to put an end to the era of betraying war heroes and would take legal action against those accused of rights abuses.

The Sri Lankan foreign minister, Dinesh Gunawardena, told the BBC, that the Sri Lankan administration isn’t opposing any type of accountability in our constitution. Our constitution doesn’t give options for foreign judges, he added.

Michelle Bachelet, the UN High Commissioner on Human Rights, expressed in a report a month ago that “Almost 12 years from the end of the civil war, local initiatives for accountability and compromise have consistently failed to deliver results, all the more profoundly entrenching impunity and intensifying victims belief in the system.”

Why Dr. Iweala As WTO Head Is Good News