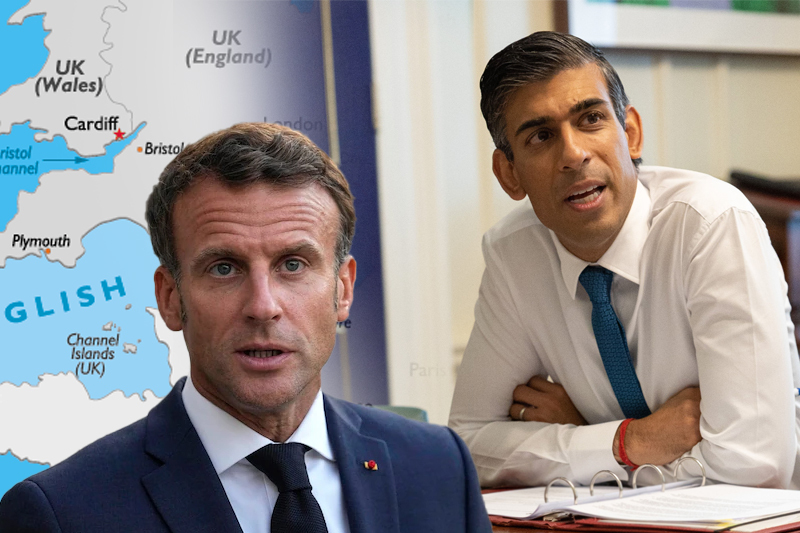 However, the main discussions were about migrants crossing the English Channel, and Britain asked for help from France. The UK’s Conservative government has made repeated promises since Brexit to curtail the flow of migrants from mainland Europe to the UK, often under very dangerous conditions, with hundreds of lives lost this year alone. But the British were unable to do anything about the number of people trying to cross the border.

“The Prime Minister stressed the importance for both countries of making the Channel route completely impassable for human traffickers. The leaders pledged to deepen their partnership to discourage the deadly Channel crossings that benefit organized criminals,” Downing Street said in a statement. The French side announced Macron’s “readiness” to “deepen bilateral relations between France and the UK, especially in the field of defense, strategic issues and energy.”

The British government is already providing financial assistance to the French authorities to better control the French coast to prevent sailing.

But according to The Times, Rishi Sunak wants to go further. He wants an agreement with quantitative targets for intercepted boats, a minimum number of French agents assigned to watch the beaches, and British border guards to escort them.

On the British side, it aims to set targets for processing 80% of asylum applications within six months, compared to an average of 480 days, while tightening asylum conditions.

More than 38,000 migrants have made the dangerous Channel crossing in makeshift boats since the start of the year, more than in all of last year, already a record. Another 308 arrived on Thursday.

According to British authorities, up to 80% of these new migrants are now Albanians. The British asylum system is overwhelmed by the influx of refugees, with more than 117,000 cases pending. The reception area, where migrants must be received around the clock upon arrival, is crowded with people who have been there for more than 30 days or who sleep on camping mats.