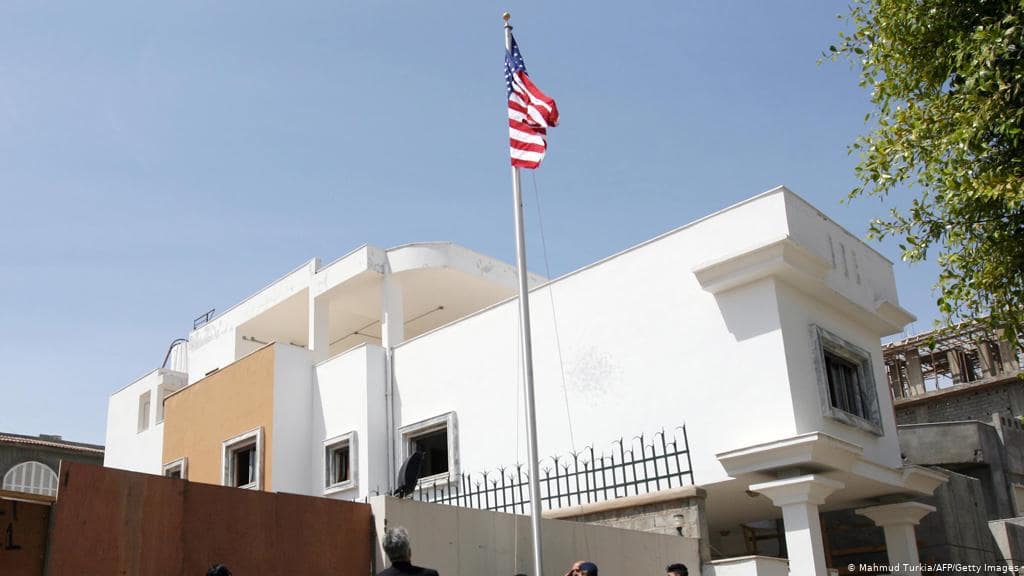 The U.S. Government nominated al-Kani and the Kaniyat militia to the UN Security Council’s 1970 Libya Sanctions List on November 13.

The Embassy of the United States of America in Libya announced that the White House imposed sanctions on several Libyan citizens responsible for serious human rights violations, war crimes, and atrocities against civilians, including understatements of the U.S. Embassy, published on November 28, affirms that Washington sanctioned Mohamed al-Kani and the Kaniyat militia in connection with the massacre of hundreds of civilians in recent years. “Al-Kani and the Kaniyat militia, which al-Kani leads, are designated pursuant to Executive Order 13818, which builds upon and implements the Global Magnitsky Human Rights Accountability Act, and targets serious human rights abuse and corruption.” The note explains.

Before a de facto truce in Libya reached in June 2020 and while aligned in 2019-2020 with the self-styled Libyan National Army (LNA) offensive against the Libyan capital, the Kaniyat militia carried a campaign of extrajudicial violence in the Tripoli region, according the US Department of State.

The Embassy recall that after the end of the Tripoli offensive by the Libyan National Army (LNA) of Marshall Khalifa Haftar, the Libyan Government of National Accord-aligned forces re-entered the city of Tarhouna and found at least 11 mass graves, bearing the bodies of civilians earlier detained by the Kaniyat militia. “The bodies included those of women, children, and the elderly.” The note said, adding that some of the dead reportedly seemed to have been tortured, burned, or buried alive. Months later, bodies are still being collected from further mass graves.

According to the same statement, the U.S. Government nominated al-Kani and the Kaniyat militia to the UN Security Council’s 1970 Libya Sanctions List on November 13.

We are deeply disappointed that Russia blocked the proposed designations, especially in light of the well documented human rights violations. Russian intransigence only reinforces the need for the international community to seek accountability and end impunity, which has fuelled the conflict in Libya

The Embassy of the United States of America in Libya

The United States remains concerned about Libyan and external actors struggling to threaten stability in Libya and UN peace efforts, including the Libyan Political Dialogue Forum (LPDF), that started on November 9 in the Tunisian capital. The statement concludes, reaffirming that the United States renews its support for an international fact-finding mission; the Berlin Process, including its International Humanitarian Law and Human Rights Working Group; and Libyan authorities working in Tarhouna to address cases of missing people. These new sanctions show that the Washington will take concrete steps in response to serious human rights violation, which contributes to the undermining of Libya’s unity, security, and stability.

China Under Fire Over Iranian Assassination