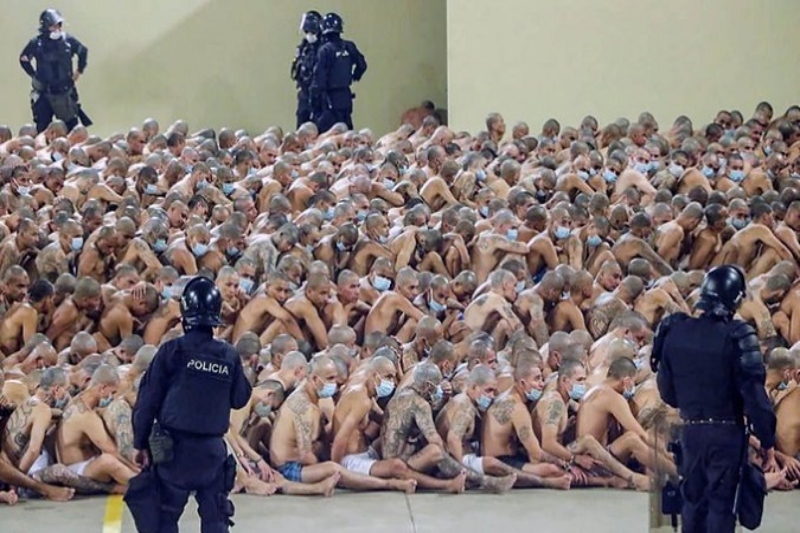 The OHCHR spokeswoman Liz Throssell said that El Salvador must obtain measures in accordance with international human rights law to establish security and justice in the country. Since the declaration of the state of emergency on March 27, police and military forces have used excessive force to control the situation in gang-controlled areas. The country imposed a state of emergency after recording dozens of gang-related murders in a single day. Reportedly, police said the latest bloodshed had left 12 people dead in the central department of La Libertad.

The state of emergency

Under the state of emergency, the government has limited freedom of association. Reportedly, imprisoned gang members had their meals reduced to twice a day. Among the 5,747 detainees, it has been reported that some have suffered cruel, inhuman or degrading treatment.

Concern about the growing authoritarianism prevailing in El Salvador was also expressed by El Salvador’s Journalists Association. The association rejected legal reforms that punish journalists with up to 15 years in prison for reporting on gang-related matters. El Salvador’s congress has authorised prison sentences of 10 to 15 years for news media that reports on gangs, prompting accusations of censorship from press freedom groups.

United Nations Secretary-General António Guterres expressed concern over the spike in violence in the country. Tamara Taraciuk Broner, acting Americas director at Human Rights Watch, also said, “The government should address gang violence in El Salvador, but it should do it in a rights-respecting way.”

In 2020, Bukele imposed a 24/7 lockdown for imprisoned gang members after more than 50 people were killed in three days.