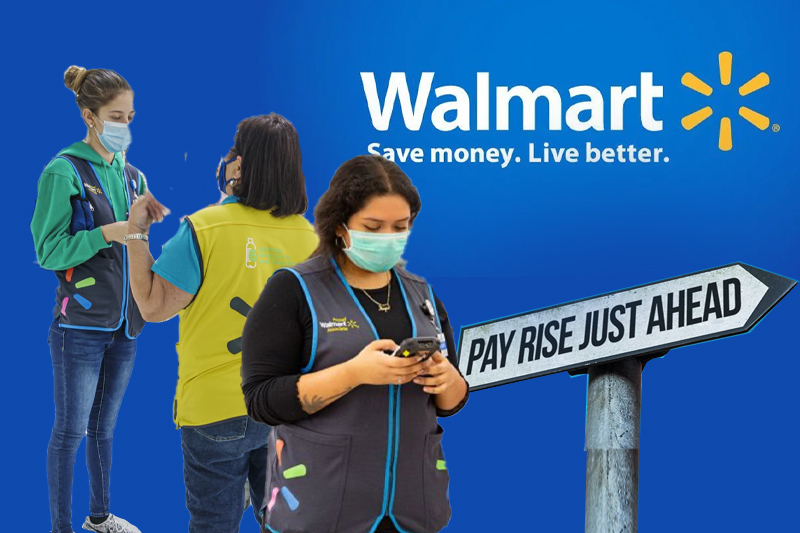 Bentonville, U.S. : After the good news of hiring from the Indian company Airpay, I am sure your morning will be good to know that a big company is announcing a hike in the average hourly wages of its employees. And if you’re from the United States, maybe you can benefit from it!

This Tuesday Walmart Inc said that they will raise the average hourly wage of their workers, in the region of the United States. The workers will Start receiving increased hourly pay next month. This will serve to attract and retain employees in a tight domestic labor market where companies are downsizing their working units and this means an additional workload for the work unit.

Walmart is increasing the hourly wage from the current $17 to $17.50. The company said the increase raises in hourly wage can be seen on the payments of 2nd march 2023. After this, the hourly pay will be around $14 to $19 for the work unit.

A spokesperson of the Retailer company said in an email that after this the minimum paying amount to a worker of its unit in the region of United States will increase by $2. There are about 3,000 stores in the region that are eligible for this announcement and a total of 340,000 employees will be benefited from it.

Walmart has more than  1.6 million US employees and many of them are working in rural and semi-urban areas.

But if I do a clear comparison then this growth is still less than many other companies like Costco, Amazon, and Target. They are offering a minimum wage of $15 an hour by 2021.

The increments by Walmart are a combination of regular annual increases and targeted investment in starting rates.

This isn’t the first time Walmart has raised a raise though, having previously offered automatic pay raises for truck drivers and the unit’s distribution center employees.