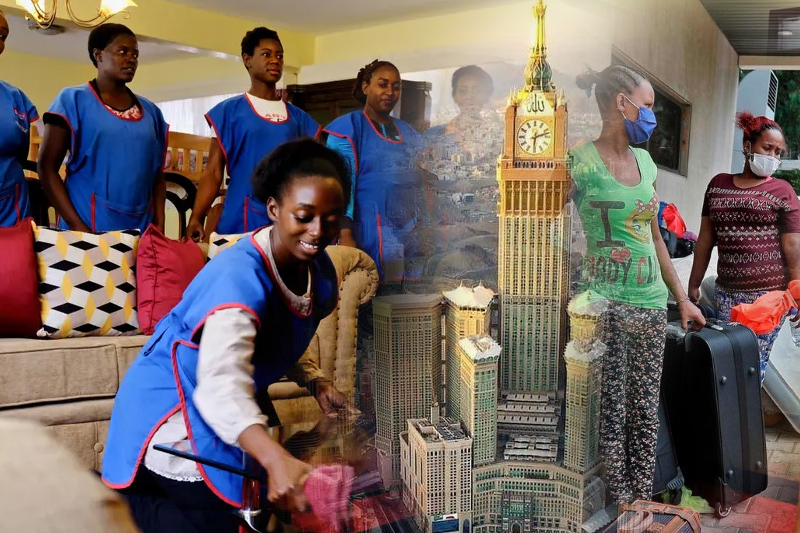 Saudi Arabia – “I was desperate for a job,” said Simiu, one of a growing number of Kenyans who travel to the Persian Gulf in search of work, pushed off by the country’s high unemployment rate. But a few months later, Simiyu returned to Kenya with a heartbreaking but familiar story of employer abuse by warning others against traveling to Saudi Arabia for work.

When Joy Simiyu left Kenya for a new job as a domestic worker in Saudi Arabia, she believed her life was about to change for the better. Although the 25-year-old never imagined she could make a living doing housework, her dreams took a backseat after she dropped out of college due to the financial crisis.

Saudi Arabia is known for its poor record on labor and human rights and is considered one of the most dangerous places to work in the world. Employers in the Gulf state have been plagued by allegations of physical, psychological and sexual abuse of migrant housekeepers for years; claims that keep coming up.

In Kenya, reports of abuse sparked new outrage earlier this month when online photos of a young Kenyan worker from Saudi Arabia, Diana Chepkema, looking frail went viral, along with claims that she had faced abuse and neglect from her employer. Under mounting public pressure, the government repatriated her and several other domestic workers in a similar situation in the Gulf state, including Simiya.

Simiyu says she faced a spate of abuse in Saudi Arabia, including being forced to work in multiple households, deprived of food and rest. She also claims that her employer will withhold her wages, arguing that she “does not do enough work to demand payment” or that she will be paid in due course as “she’s not going anywhere.”

“This is modern day slavery,” said Fred Ojiro of Haki Africa, a Mombasa-based human rights organization that advocates for the rights of workers across the continent.

Until a few years ago, Saudi Arabia’s kafala system required housekeepers to obtain permission from their employer if they wanted to change jobs or leave the country. Human rights groups say the policy has left them vulnerable to abuse.

This year alone, Haki Africa has received more than 51 abuse complaints from Kenyan domestic workers based in Saudi Arabia, several videos of distressed women asking for help, and at least 10 new calls for help after reports resurfaced in September about violence.