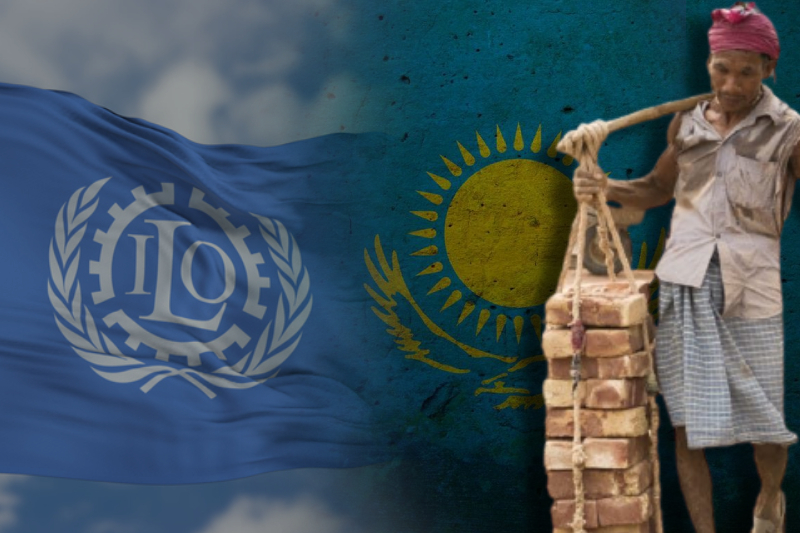 In recent years, the ILO has raised alarming concerns over the deterioration of workers’ rights and refusal to registration of new unions in Kazakhstan. Time and again, the Kazakh government has violated the Freedom of Association and Protection of the Right to Organise Convention (ILO C87).

“The Committee also noted with concern the numerous allegations of violations of the basic civil liberties of trade unionists, including violence, intimidation and harassment,” an ILO statement in the matter noted.

Responding to the committee’s remarks, representatives of the Kazakh government pointed out that Nur-Sultan made some amendments to the 2014 trade union law in May 2020 to improve the conditions for unions. However, despite amendments, prosecution and harassment of union leaders and workers have continued in the Central Asian country.

The amendments have also invited massive criticism from the international community over their lack of workers’ rights to form and join trade unions as per their liking.

After several warnings over the years, the ILO Committee on the Application of Standards issued strict guidelines to the Kazakh government to stop judicial harassment practices of trade union leaders. The Committee urged Kazakhstan to ensure necessary steps are taken to respect its international obligations to protect workers and trade unions.

The ILO Committee has also directed the country to review the union registration procedure in order to ease the process. Furthermore, the organisation has demanded the lifting of restrictions on KSPRK and the Industrial Union of Employees of the Fuel and Energy Sector (STUFECE) to grant them necessary autonomy and independence.

“Stop judicial harassment practices of trade union leaders and members conducting lawful trade union activities and drop all unjustified charges, including the ban for trade unionists to hold any position in a public or nongovernmental organization,” the Committee told Kazakhstan.

During the conference, a number of workers came out in criticism against the government over rights abuses. They raised concerns over hostile work environment and challenges faced by independent trade unions.

Since the adoption of trade union law in 2014, the Kazakh government has prevented several trade unions from registering and operating freely in the country. Legal status of around 600 unions across various levels has been removed in recent years, including the Confederation of independent trade unions of Kazakhstan (KNPRK). As a result, hundreds of workers in the landlocked country are working without social and legal protections.

Previously, the United States, the European Union, Canada and the United Kingdom, called out the Kazakhstan government over limited protections granted to workers and labour unions.