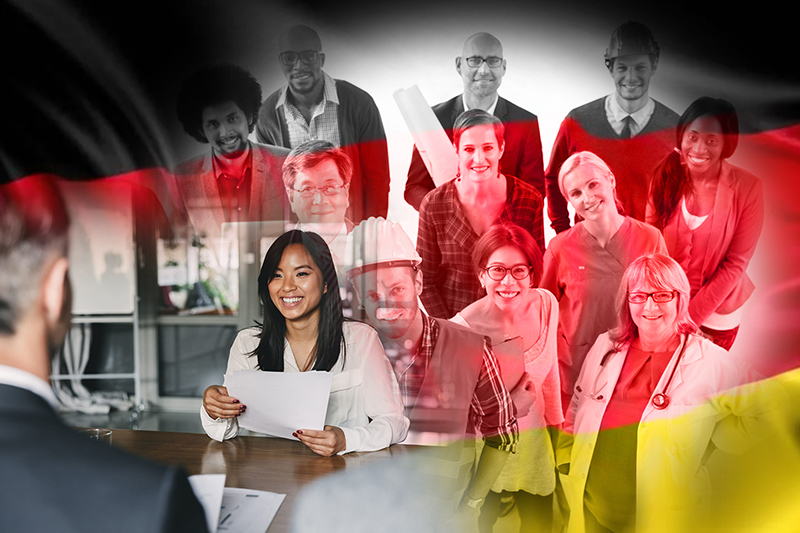 Germany – is working towards fast tracking the process for skilled migrants to be able to get a job in Germany amid large number of vacancies currently available in the European country, creating a significant job deficit. It is estimated that in order to fill the job deficit, Germany needs to employ more than one million people with about 1.7 million vacancies available currently, according to specialist German business and finance newspaper Handelsblatt.

As explained by Info Migrants, “the German government has already tried to make things a little smoother for foreign workers hoping to find employment in Germany, but now, organizations and industry leaders are lining up to tell the government they need more workers”.

The maximum number of skilled workers are required in aviation industry amid currently chaotic operations at the country’s airports. As noted by Info Migrant, German authorities need to immediately hire staff in the aviation sector, but the process gets complicated due to bureaucracy in the German hiring process. Earlier this month, the German ministers said of planning on “allowing companies to more easily recruit workers from other countries in order to mitigate the workers’ shortage at Germany’s airports”.

The German Minister of Interior, Nancy Faeser, claimed that similar approach for hiring skilled migrants would be adopted to fulfill the staff shortages in other sectors as well. According to Faeser, the “labour shortage in Germany has gotten much worse due to the COVID-19 pandemic. Of all the sectors, the hospitality sector has been the most affected.”

Furthermore, industry experts have also called on the government to expedite hiring of skilled international care-workers in the healthcare industry. “In the state of Lower Saxony,” read a press release from the BPA (an association that represents the interests of non-state care facilities and workers –including religious-run hospitals and care homes and workers within those institutions), “10,000 careers are being sought urgently. Careers from abroad have to wait several months, or in some cases more than a year for their qualifications to be formerly recognized [and thus be able to start work].”

Ministers have said that process of recognizing international qualifications would be made easier. Trade Council DIHK (Deutschen Industrie und Handelskammertags) Peter Adrian told Handelsblatt that in Germany “in the next ten years we will be facing a demographic dropout of about four to five million workers, we need to compensate for that.”