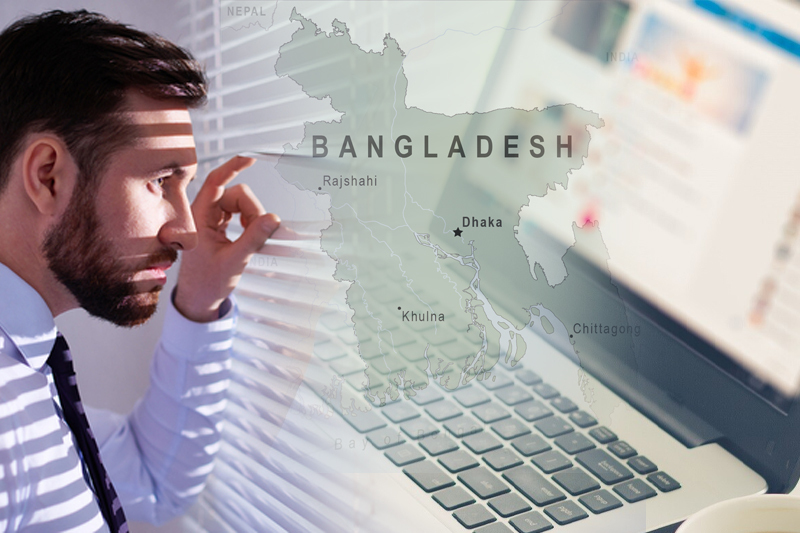 bangladesh to set up a vigilance system to monitor social media

Dhaka: On Thursday, a senior minister told the parliament of the nation that Bangladesh officials are set to introduce a system to legitimately monitor anti-state or anti-government activities in the region.

Asaduzzaman Khan, the home minister of the country said during the briefing that “Modern systems like Open-source Intelligence Technology (OSINT) was introduced earlier and initiatives have been taken to introduce the Integrated Lawful Interception System (ILIS) to monitor social media platforms and thwart various anti-state and anti-government activities on the internet”.

The minister also said that NTMC- the National Telecommunication Monitoring Centre was running the OSINT presently. But the many other sources pointed out that the  National Telecommunication Monitoring Centre was using Open-source Intelligence Technology to track phones, landlines, or mobile to catch the location of the suspects.

The home minister also said that the government is also planning to bring the task of issuing National Identity Cards under the Ministry of Home Affairs of Bangladesh.

Let us tell you that currently in Bangladesh the process of NID-National Identity Card is being done under the authority of the Independent Election Commission. “Keeping the reality in mind” like other countries now the government is also trying to bring changes.

The Bangladesh officials of the rights and corruption watchdog Transparency International (TIB) had earlier stated that surveillance of the activities of citizens or people was a matter of human rights violations.

According to media reports, they also said that they were planning to buy spyware from Israel. Interestingly, earlier Bangladesh did not have diplomatic relations with Israel, but now they have a trade agreement!

So, the act by the government needs to be questioned by Human rights advocates, because interrupting people’s life, by any means is a violation of human rights.