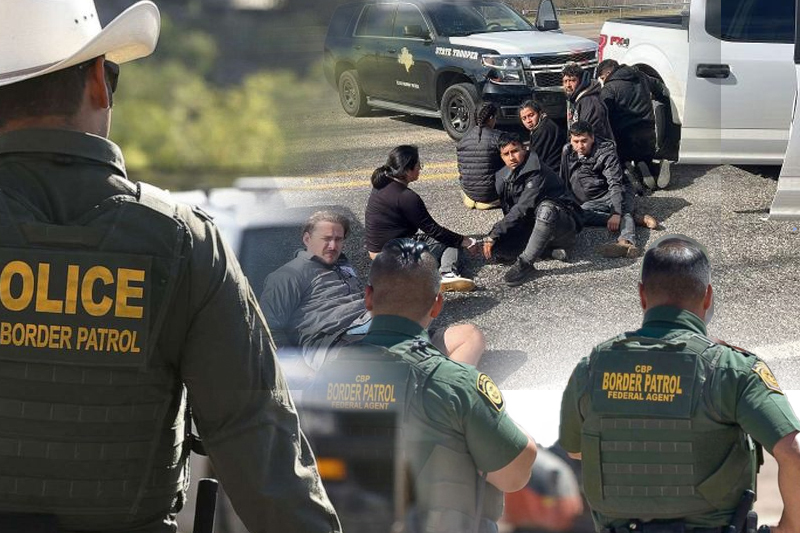 The Department of Texas  Public Safety troopers were pursuing a model  Nissan Titan on Bentson Palm Road in Mission. It is a border town near Reynosa, Mexico. But during the time of the chase, the driver drove the car into the residential area. This act was recorded by the dashcam footage.

The footage also indicates that the vehicle stopped at a place and a woman stepped out of the vehicle. DPS Lt. Chris Olivarez is also seen in the footage as he exits the patrol car. They then drove the woman away before coming back to continue the chase.

Texas police said that on Wednesday after allegedly escaping from a vehicle during a chase the suspected driver in a human-trafficking operation was caught. But additionally, officials said the truck stopped some distance away at the end of the road and the driver fled.

He was found by a U.S. Border Patrol K-9 and arrested; the news agencies confirmed it.

Officials said that he was arrested in May last year after his involvement in human trafficking and an accident.

Who was the Driver?

The sources are saying the driver who fled and was again arrested during the chase was a citizen of Mexico, but he was staying illegally in the United States.

Olivarez said that the officials are looking for more cases of human trafficking and illegal immigration in the region. They also said that smugglers are using illegal immigrants to stop law, vehicles and exiting moving vehicles to let the smugglers escape.

The US administration warned of any illegal movement in the southern borders.

So, In the end, Texas and the US Border Patrol team arrested illegal persons including drivers on Wednesday in a critical residential area.