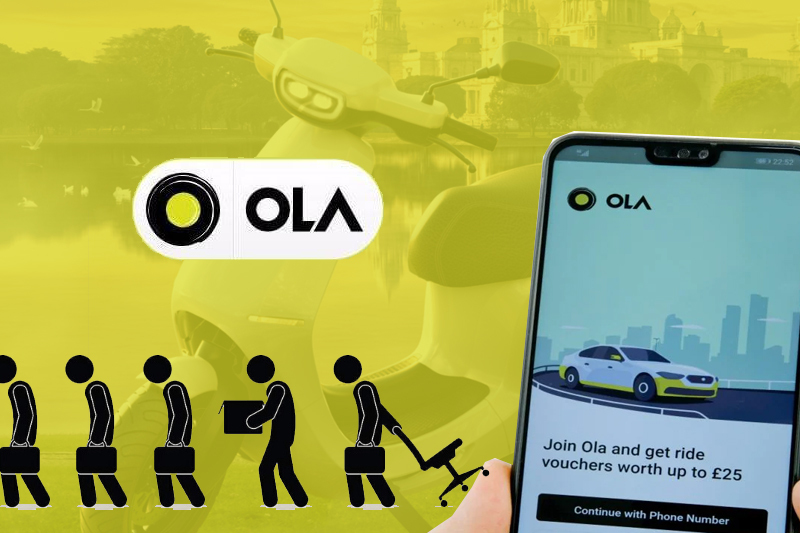 ola is set to layoff around 200 employees will be affected

After many other legends Ride-hailing major Ola also announced the layoff. The company is going to cut off around 200 of its employees. The cutoff will happen in Ola cabs, electrics, and Ola Financial Services. These all happen because of the restructuring plan of the company.

This is another round of layoffs, first announced in September 2022 the last year. And it happened across the teams.

The OLA authorities told IANS that it is “centralizing operations and undertaking a restructuring exercise to reduce redundancies and build a stronger lateral structure that consolidates relevant roles and functions.”

The OLA said it will cut off around 10 % of its workforce, equal to a 2,000-strong engineer workforce. They give the reason by saying, it is as part of a larger restructuring exercise toward their dream of power.

The ride-hailing company says, “Currently, the company has around 2,000 engineers and aims to increase its engineering talent pool to 5,000 in the next 18 months.”

The company’s core ride-hailing business, run by Bhavish Agarwal, has about 1,100 employees.

OLA last year shut down its used vehicle business Ola Cars. The company focused on electric 2-wheeler and car verticals in its commerce business. Ola also said that they are planning to hire 5,000 engineers because it doubles down on new engineering.

So, with the passing of the day, many new leaders are announcing layoffs. The coming days are going to be difficult for the employees as well as the employers.