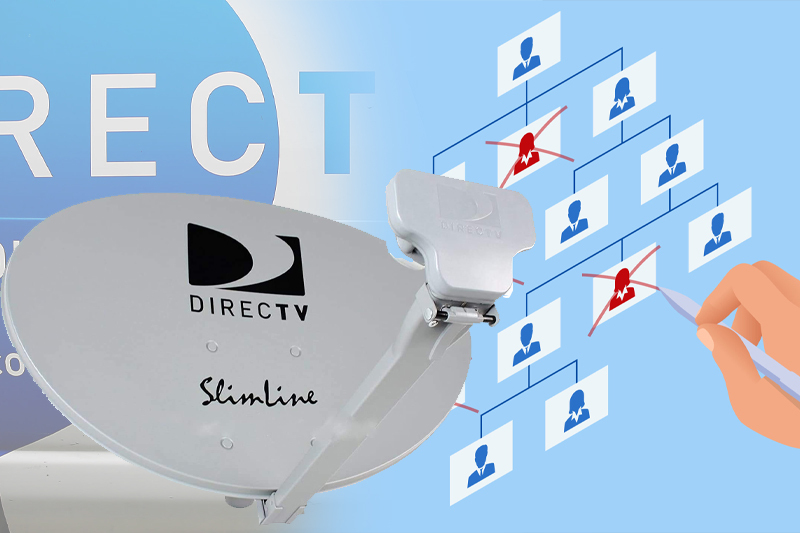 workers at directv have started to receive their pink slips

California :In the next few weeks, satellite and streaming television provider DirecTV will lay off around 10 percent of its workers as part of a larger effort to decrease spending in response to escalating programming prices and high customer attrition.

The layoffs began in the middle of last week and mostly affect middle-management employees at the almost two-year-old spinoff of AT&T.

The Desk began to see that some AT&T workers were altering their LinkedIn profiles to reflect job losses, with some requesting that their network provide them with new possibilities.

The affected staff will continue at work until January 20, according to the financial news website CNBC.

A representative for DirecTV stated, “The whole pay-TV sector is affected by the secular decrease and the rising costs to obtain and distribute programs. We will continue to invest in new entertainment goods and service advancements while modifying our operational expenses to reflect these developments.”

As programmers that run broadcast and cable networks demand greater rates for their channels, DirecTV, like its competitors in the pay television industry, has experienced a rise in customer churn. These increased costs are reflected in higher bills for customers. The satellite and streaming services offered by DirecTV are among the most costly in the business.

Since the company’s separation from AT&T in 2021, DirecTV has not issued updated subscriber counts. Although they are different businesses, AT&T still controls 70% of DirecTV. According to a study published by Fitch Ratings in December, DirecTV lost around 500,000 subscribers during its most recent fiscal quarter. According to Fitch, DirecTV has around 13.3 million subscribers across its three video offerings, including users who still pay for AT&T U-Verse, making it the third-largest pay television provider in the country.

Some pay television providers have attempted to offset income declines in the video arena by expanding their broadband Internet networks and forming agreements with Verizon and others to offer private-label wireless phone service to subscribers.

DirecTV is an oddity in the pay television industry since it offers only premium programming to its users. Instead, the company has concentrated on transitioning users from its satellite subscription to DirecTV Stream, which provides many of the same cable and broadcast channels through the Internet.

As programmers such as Paramount Global, Comcast’s NBC Universal, and The Walt Disney Company shift more of their content from traditional linear channels to their own streaming-only offerings, it is becoming more difficult to convince customers to subscribe to pay television services such as DirecTV Stream.

Hulu, which is part-owned by Disney, provides streaming access to the bulk of ABC, FX, and Fox prime-time programs one day after they appear on linear television. Paramount Global’s Paramount Plus provides on-demand programming from CBS, Comedy Central, and other Paramount-owned networks; some members additionally receive live access to a local CBS affiliate or station. Peacock by Comcast is comparable to Paramount Plus, but includes NBC Universal programming and channels.

Access to live, out-of-market National Football League games broadcast on CBS and Fox stations and affiliates on Sundays throughout the regular season is one factor keeping people loyal to DirecTV. But that advantage will soon disappear: For over two decades, the NFL Sunday Ticket was exclusive to DirecTV; this year, the NFL announced that, beginning in 2019, the package will be available exclusively on Google’s YouTube TV and YouTube Primetime Channels.