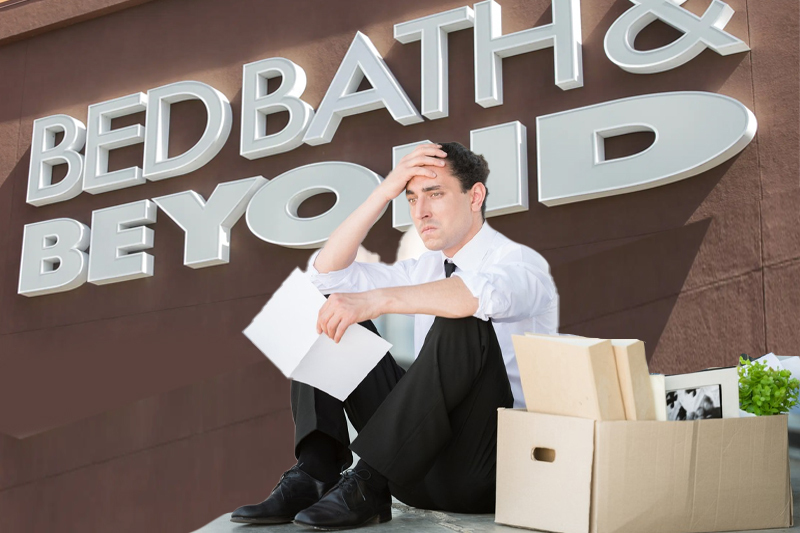 According to a statement written to staff on Tuesday and seen by CNBC, Bed Bath & Beyond has launched its next wave of layoffs as the company struggles for survival.

The home goods company informed its workers of the termination of Anu Gupta’s position as chief transformation officer on the same day it revealed dismal fiscal third-quarter results.

CEO Sue Gove stated in an email to staff that the firm is cutting its employment “across our corporate, supply chain, and retail portfolio.” She did not specify how many staff will be affected, but stated that the layoffs are important for Bed Bath’s continued success.

She stated, “While we have made a number of significant early steps in our recovery strategy with great execution, our Q3 2022 results indicate it will take longer to convert actions into results.”

Gupta did not reply to a request for comment immediately. The corporation stated to CNBC that it is “resetting portions of our foundation.”

“As our strategic direction shifts and we simplify our operations, we must restructure our organization to guarantee that we are prepared for the future. Unfortunately, this has required us to make the tough choice to part ways with some of our colleagues,” the statement said.

In recent months, the store has been working with experts to avoid declaring bankruptcy as its financial situation deteriorated.

Bed Bath first worked with Berkeley Research Group, but recently decided to switch the company with AlixPartners, according to people familiar with the situation who declined to be identified because they were not permitted to discuss it.

Bed Bath stated that it does not discuss “particular connections.” Instead, the corporation cited prior remarks made by Gove: “We have an internal and external staff with demonstrated expertise in assisting companies to effectively manage tough situations and become stronger. Multiple avenues are being investigated, and we are considering our next moves thoroughly and expeditiously.”

AlixPartners did not respond. A Berkeley Research Group spokesman did not immediately reply to a request for comment.

Bed Bath & Beyond is in danger of filing for bankruptcy as its sales decrease and its losses increase. The company’s shelves have become emptier as suppliers have demanded payment in advance, ceased sending items, or altered other payment conditions. Last Monday, Bed Bath issued a “going concern” notice, indicating that business may run out of money to meet expenditures.

Since then, however, the number of employees has decreased. In August, the company said it will eliminate around 20% of its corporate and supply chain personnel and liquidate approximately 150 of its own locations.

Gove told investors earlier on Tuesday that Bed Bath has made headway in cutting its operational expenditures and would decrease costs by a further $80 million to $100 million, with part of the savings coming from a reduction in employment.

Gove said in a message on Tuesday that Bed Bath will conduct a town hall on Wednesday to debate the company’s future.