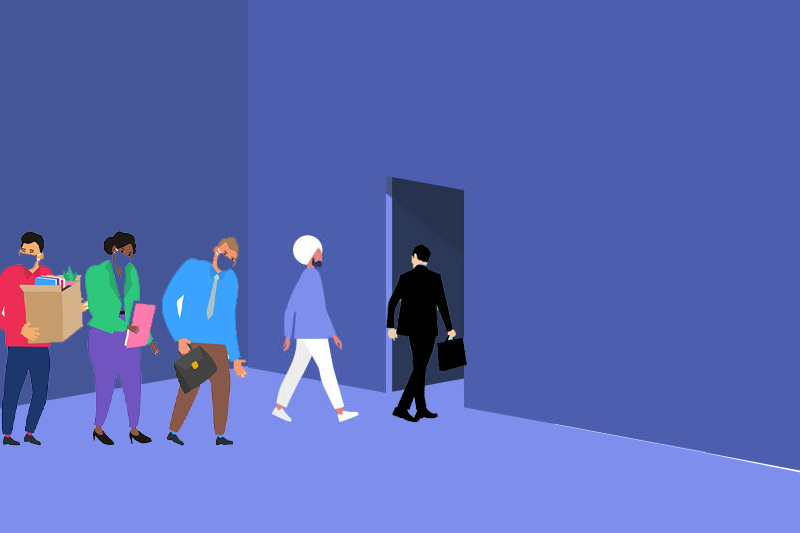 what happened to the great resigners and quiet quitters

The years 2021 and 2022 have been marked by huge resignations, with over 40 million individuals deciding to leave their positions this year. Whether it was done as part of a major pushback against employers or to preserve a work-life balance is unknown. Whatever it was, we are surely intrigued about the decisions that the majority of these individuals took after abandoning their customary routines.

The data shown by Investopedia demonstrates the observed trend of people quitting their employment on the US labor market. There was an increase in the number of US employees who were exposed to the possibility of working flexibly. Options such as work-from-home turned out to be a fantastic opportunity for some, but a trap for others, resulting in overwork and diminished work-life balance.

In addition, this blog attempts to understand the causes that led to The Great Resignation. Stay with us until the end of this study so you can learn about the observations we made and discovered from incredible sources such as FastCompany and Glassdoor, among others.

Motivations that encouraged mass resignations in 2022

According to the FastCompany story, the mass resignation was prompted by multiple triggers. Some took years to construct, while others were affected by the epidemic. Here are a few crucial points:

The epidemic inspired millions of individuals to pursue a healthier lifestyle, a better work-life balance, and higher quality of life standards.

Misty Heggeness, assistant professor of public affairs at the University of Kansas and senior consultant at the U.S. Census, said in an interview that individuals in employment markets are more concerned than ever about their health and well-being objectives, with the pandemic playing a significant influence.

Globally, working from home during and after the epidemic was a typical occurrence. It offered some individuals with a work-life balance and sufficient time to spend with their family. Some were able to save money on gasoline expenditures, rent, etc. However, for many, particularly single mothers, working from home proved difficult to handle.

For example, Leslie Gray Streeter, a former journalist with two decades of expertise in journalism and subsequently communications, quit her job during the pandemic owing to the crushing pressures of working from home and being a single mother. However, she was then granted her ideal position as a writer for the Baltimore banner, coupled with advantages such as a generous pay and flexible hours.

Numerous accounts of The Great Resignation give proof that improved development, salary, dream chances, etc., were also among the most important factors that prompted the mass resignation.

The increasing popularity of self-employment among individuals is another element that must be discussed. According to a research by FastCompany, parents throughout the United States are eager to achieve independence from the 9-to-5 grind. In lieu of conventional employment requirements, many parents seek workplace flexibility, independence, and work-life balance.

According to a research by GlassDoor, 40% of the workforce consists of parents with at least one kid under the age of 18, and 11% of the workforce has a child under the age of 5. This information is also an essential factor in convincing parents to join The Great Resignation. According to a survey by the US Small Business Administration, in 2017 there were 12 million women-owned firms in the United States with 10.1 million workers and $388.1 billion in payrolls. Multiple studies indicate a consistent increase in its strength, not just in the United States but globally as well.

Now, some self-employed moms among these women are seeking more development, while others are driven to work less than they did when they had regular employment prospects. In 2021, Lynn Smith quit the media and founded Rylan Media. She has worked with companies such as CNN, US Weekly, Netflix, and Fox during her career. Now that she is self-employed, she utilizes her fifteen years of media industry expertise to boost companies by providing them with video and podcast material.

Before the epidemic, Lynn abandoned her traditional profession. As a mother of two at the height of her profession, she had drive but no flexibility, according to her. Now, she can live a flexible lifestyle and attend key events, such as her children’s soccer game or doctor’s visit.

Jacent Wamala is a certified marriage and family therapist who has worked with charter schools in the past. She resigned because she desired “greater satisfaction and opportunity to earn more,” which prompted her departure. According to Jacent, another advantage of quitting was being there for the birth of her child. According to Jacent, this resignation was the best option available to her.

As workers decide to alter the manner in which they once performed their employment, the opinions of employers and employees sometimes diverge. According to a Gallup.com research, fifty percent of the US workforce is now altering their connection with their employers.

These hidden quitters are notorious for setting limits with their employers, such as making it plain that they are not available for work after work hours or during the week. A teacher from Ohio admits that she did the same thing with her job by refusing to spend evenings and weekends writing lesson plans and evaluating papers. Instead of satisfying the usual expectations that employers have of instructors, she has been creating a side company that she plans to turn into her primary source of income in the near future.

Daniella Flores, a tech professional, also committed to forego volunteer opportunities and no longer attend every scheduled business meeting. According to her, she stopped saying “Yes” to every job opportunity that presented itself, and as a result, her coworkers stopped attempting to drain her time. She also adds that establishing limits leads to a promotion and more respect.

Daniella has previously transitioned from a technologist to the proprietor of ILikeToDabble, a virtual financial and career literacy firm for neurodiverse and LGBTQ+ individuals. She claims that as a company owner, Daniella is committed to establishing her own limits.

The worldwide employment landscape has changed drastically in the wake of the recent epidemic. It is likely that these uncertain times will have an impact on the workforce in 2023, whether via widespread resignations or layoffs. Although the debate we had above is just the tip of the iceberg, it does exemplify the attitude that the US workforce has adopted in response to the flexible, linked, and coordinated nature of the modern employment market.

Yet, with a predicted economic downturn on the horizon, job security remains a distant hope. Whether you’re thinking of going into business for yourself out of a desire for independence or out of fear for your future in the present labor market, it makes sense to start making plans for the future right now.

Tycoon From Karnataka Honored With Doctorate By World Human Rights