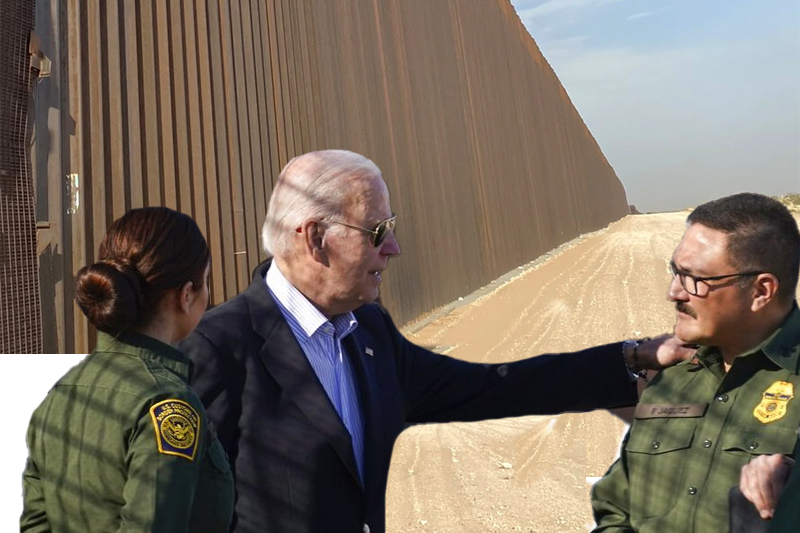 New York: On Sunday, United States President Joe Biden made a politically charged stop at the southern US border before leaving for a Mexico City summit on the growing regional illegal immigration and drug trafficking crisis.

US President Biden is meeting with Canadian and Mexican representatives on Monday and Tuesday. It is also known as the “Three Amigos” summit.

This was Biden’s first visit to the southern border after taking office as US President. During his trip to Mexico City, Biden stopped in El Paso, Texas – a city with troubled borders. The Speaker stayed there for several hours. President Biden met with US officials at the Bridge of the Americas crossing. Here all enforcement technology and a sniffer dog. Saw it with him. Mr. President then got out of his motorcade and examined a section of the long fence. It is part of Mexico City between Juárez and El Paso.

On the cross-post, Biden talked with the reporters and he told them that “They need a lot of resources. We’re going to get it for them,”.

As you know Biden administration is completely under political pressure after the tremendous situation of coming troops of migrants from dangerous routes. The opposition and other human rights advocates are targeting his governance, criticizing him.

On Thursday, the president of the USA announced some ways to tackle the problems by which America is facing many troubles. He announced a strategy in which he increased the power to send those migrants back home who are coming without legal permission. Biden also announced stricken enforcement for a plan of 30,000 migrants in a month from Venezuela, Nicaragua, Cuba, and Haiti.

By this, it is clear that all the illegal migrants who are in America and who are planning to come illegally will be expelled and sent by the US govt back to their homes.

However, human rights advocates are criticizing this act of the US government. But the Biden administration says the action would essentially eliminate the market for human trafficking networks while encouraging legal arrivals.