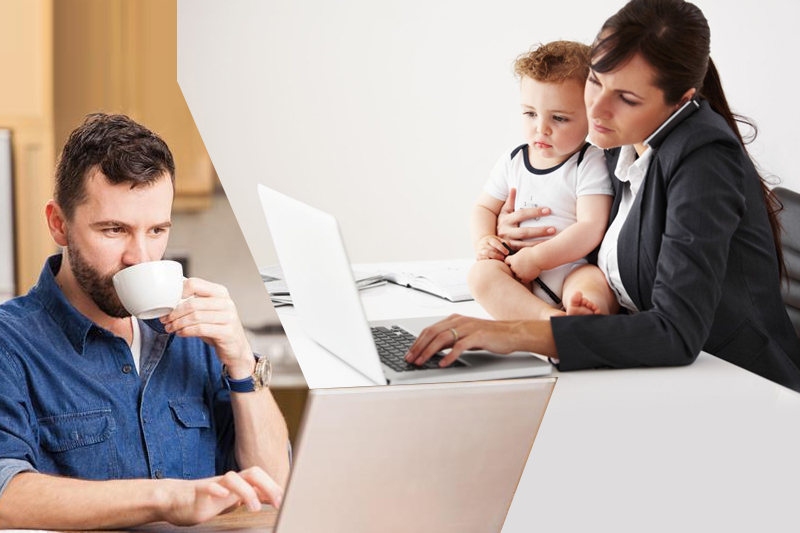 Physical work takes a lot of energy every day of humans. Is there any factor that can find out whether it is women or men who are working harder in households? Generally, in societies men are the hunters and women are the gatherers. But from a distance, it seems like men work harder.

A recently published paper ‘Current Biology’ throws light on the labor of different genders in society.

This study was started on the simple theory that most adults are married in the world. Marriage is a kind of contract in which two different gender people come together with the expectation of partners! But the reality is quite disappointing, the study shows that women perform harder work than men.

Patrilocality is the ay common type of marriage system in which women leave their native place and go with men, and stays with them on the men’s side family. In the nonlocality, the married couple leaves their families and stays in a new place. Matrilocality is a rare form of marriage system in which men leave their homes and shift to the women’s side families house and live. In duolocality, both the husband and wife live apart from their respective families.

The study was diverse with different castes, cultures, and people. With the help of Lanzhou University in China, 500 married people were interviewed, and they were wearing an activity tracker which had recorded all their work done by them.

After the study, the result said that women perform more labor and give fruit to their families.

The reports of the device tracker showed that women walked 12,000 steps per day, but men had 9000 steps per day only! On the weekend and leisure men prefer to travel, relax or hang out. But how can it be possible if women are physically weaker than men?

The study is saying that among the various systems of marriage, patriarchy is the worst for women. Even this system is going on because men want to suppress women. In clear terms, studies have shown that men or women who leave their families in marriage face more problems and workload in their partner’s family. The gender disparity in workload persists both at home and outside. But in the case of matrilocality men do not face this because women always work.

But now things are slowly changing, now couples especially women are preferring to start married life with an only partner and not with families around. This is giving them the leeway to argue, and fight with partners which they were not doing in families. So the burden of work is automatically shifted equally on both men and women.