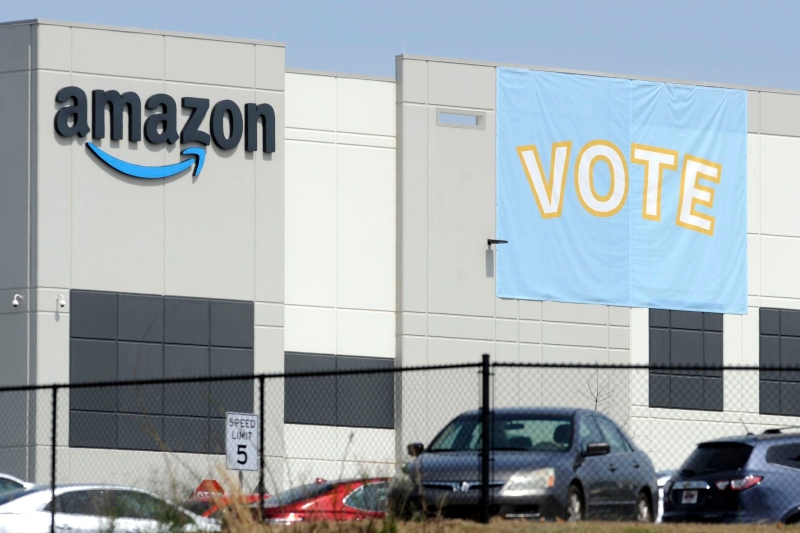 United States – Employee group formed by warehouse workers in New York’s Staten Island working for Amazon announced its goal to vote on unionization, becoming the latest labor-organizing effort from workers at one of the nation’s largest employers.

The Amazon Labor Union, an independent group of employees, said that more than 2,000 employees across four Amazon facilities in Staten Island have signed union authorization cards, following months of organizing.

The group plans to file for a union election with the National Labor Relations Board on October 25. In the month of April, Amazon gathered enough votes to defeat unionization drive at one of its Alabama warehouses. The election attracted worldwide attention and support, including a critical endorsement from US President Joe Biden.

An official from Amazon stated that every day they empower people to find ways to improve their jobs, and when they do that they want to make those changes quickly. That type of continuous improvement is harder to do with unions going on in the middle.

The group said Amazon has exhibited anti-union tactics in the months since it launched its campaign, including placing signs casting doubt on the group’s efforts in bathrooms. Amazon provides educational information to employees so that they understand the facts of joining a union and the election process itself yet the workers feel cheated and being exploited.

In February 2019, Amazon fired their employee Justin Rashad Long over a minor safety violation, which he alleged was in retaliation for him speaking at a union rally over working conditions at the warehouse. He and other workers organized protests and thus the company fired him over a small mistake. Amazon has been in news for several years for misconducting the laws for their workers and protests by union organizations keeps getting stronger.