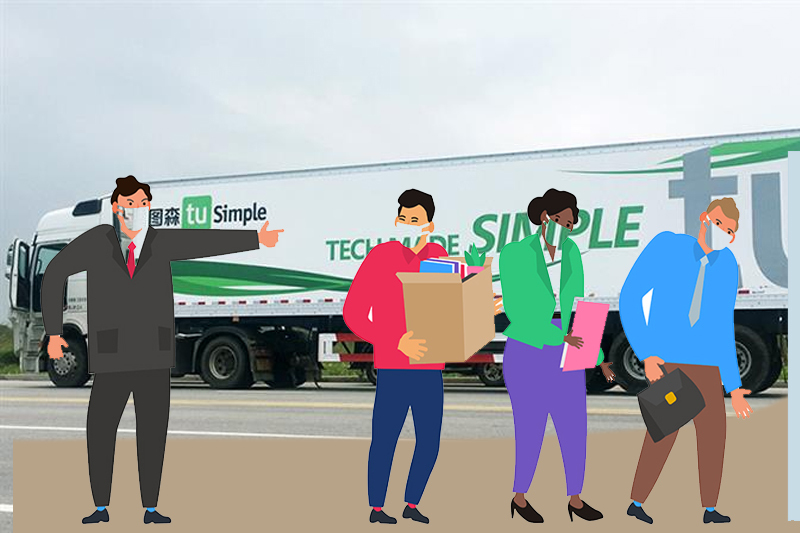 TuSimple Holdings Inc., a company that manufactures self-driving trucks, stated on Wednesday that it will lay off 25 percent of its workforce as part of a reorganization effort.

As part of the reorganization strategy, TuSimple intends to actively collaborate with important shipping partners to implement its autonomous technology. The corporation intends to pare back freight expansion, particularly underperforming freight routes and transportation activities, in order to maximize capital efficiency. The trucking operations using these lanes are rumored to employ an older version of autonomous software that contributes nothing to the company’s technological advancement.

Cheng Lu, who returned as CEO of TuSimple last month, stated that he is dedicated to guiding the firm toward stability and long-term success. “It’s no secret that the present economic climate is challenging,” added Lu. “We must be careful with our cash and maximize our operational efficiency.”

The majority of the company’s reorganization involves its U.S. activities. TuSimple continues to investigate strategic alternatives for its Asian business, including a possible sale.

The business, which was founded in 2015 and has offices in Beijing, San Diego, and Tucson, Arizona, develops artificial intelligence and computer vision technologies for autonomous vehicles. TuSimple went public in April 2021 and raised $1.35 billion with a value of $8.5 billion. Currently, TuSimple has a market capitalization of $282.85 million.

As stock markets have plummeted over the past six months, TuSimple has not been alone in reducing its workforce. As the Federal Reserve has continued to raise interest rates to keep inflation under control after a 40-year run, the macroeconomic prognosis includes a severe recession.

Among the notable firms that have lately announced layoffs include Zuora Inc., Amazon.com Inc., and Meta Platforms Inc. The tech industry has entered winter, and the only issue is how long it will stay.