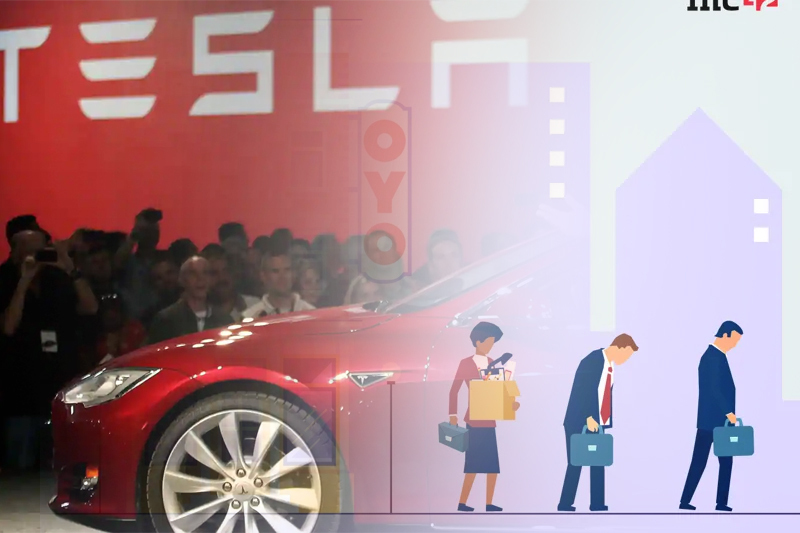 tesla set for another round of layoffs in early 2023, pauses hiring

Recently, Tesla announced a hiring freeze, which will come into force soon. Many reports are indicating that Tesla will bring this layoff into the ground in the upcoming quarter between January to march.

All this is happening after Tesla investors expressed their concern as Elon Musk has been busy on Twitter. Tesla’s investors see it as a distraction for Musk. Then again, it has warned the employees about the subsequent retrenchment and hiring freeze in 2023.

Though some employees get an alert from Tesla that hiring is going to be closed soon, all the pictures are not clear yet. Because Tesla is planning to expand there manufacturing location as well.

This year, a big drop of about 60 percent was seen in Tesla’s stock. Last June 2022, Tesla has already laid off 10% of the workforce with freeze hiring.

Tesla is facing bad times for their stocks too, with September and got fall with Musk’s $44 billion acquisition of Twitter. Shares of Elon Musk’s Tesla fell to around $137. This was the lowest level ever.

Recently Ross Gerber, A giant bull of Tesla tweeted – The falling price of Tesla is showing the value and reflection of NO-CEO! Time for Shake up-$tsla- He added.

In reply Musk said- There is no guarantee in the stock market, as bank savings gives to guarantee interest rates. Stock markets automatically fall if people will increasingly move their money out.

Greber again tweeted- Tesla needs a media & communication chain, and a clarification on when the CEO of Tesla will return home from Twitter. The car company needs to communicate about Musk’s stock sales and a standstill agreement should be made soon.

In the previous week, Musk blamed the Federal Reserve for the present situation.

‘A notable point is that Musk sold shares of Tesla worth $39 billion in November 2021.’